The truth about RoilBAA Awards

The buzz is on. The Bulawayo Arts Awards are a month away and almost everyone is talking about them. Different people are excited for different reasons. 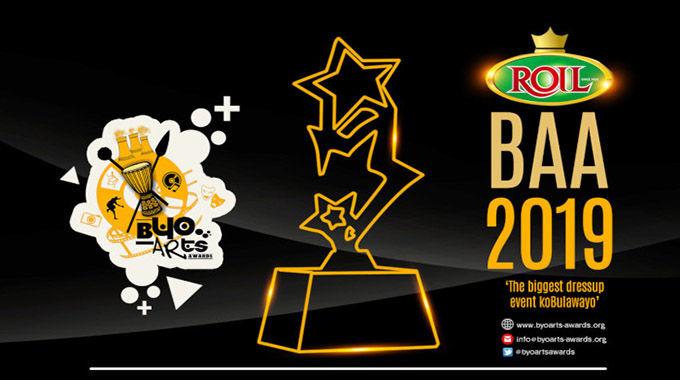 For starters artistes who were nominated are quite excited about making it into the list. We all know it has been tough to put works out there with the kind of economic environment prevailing in the country.

Most nominees have gone to town to tell friends and fans alike that they are nominated and need their support in bringing the award home.

And those who didn’t make the list had their own views — good and bad about the awards. The general public is also just excited about the event as it offers many possibilities to them, most of their excitement is based on previous experience or what they heard about previous awards ceremonies.

But more importantly it is an event that has come in to just offer a silly excuse to spoil oneself or show off one’s clothes or treat a partner or spouse to a great evening.

One frightening truth for artistes as the event gets bigger and bigger is that the awards are slowly becoming about everyone, and not just artistes.

While awards centre around artistes, their nomination and winning, it is becoming obvious that more than half the people that attend might not even have a clue about the nominees and their work.

To them they are coming to “the biggest dress-up event in Bulawayo,” and all they want is to show off their dresses, hairstyles, partners, drink, take pictures to post on social media and just have fun. And what does this mean for our artistes?

It simply means our artistes have to put extra effort both on stage and outside as there will be competition in all directions.

If the stars of the event don’t put up a show that will leave people talking and them trending on social media others will definitely do it.

The evolving dream around the awards is to make them first, the premier event in the city. An event people will start talking about and preparing for months before it even happens.

It must be “The Event” to go for all. Secondly, the dream is to make the awards a platform where people come to make fashion statements — it must have the fashion sector excited and dreaming. In the years to come the awards must become a version of the Durban July.

We must have people coming from all directions of the country just to have fun at the awards ceremony. And for corporates it must be the event to be seen supporting, one that will give total brand visibility.

Away from the awards this is a special week for the arts sector as we are celebrating Culture Week and also Africa Day.

Culture week is celebrated nationally, pushed by the National Arts Council of Zimbabwe through its provincial administrators. On Wednesday the Bulawayo province had its launch at Ntumbane Hall.

The launch included several cultural acts and traditional food. Many schools and organisations are celebrating Africa Day. However, the biggest event happened yesterday at Salukazi Youth Centre dubbed Africa Day in Njube. More about this day next week. Sunday News

Tiger not thinking about records