US$95k goods up in smoke

Goods worth about US$95 000 went up in smoke after a grocery shop warehouse in Zhombe caught fire. 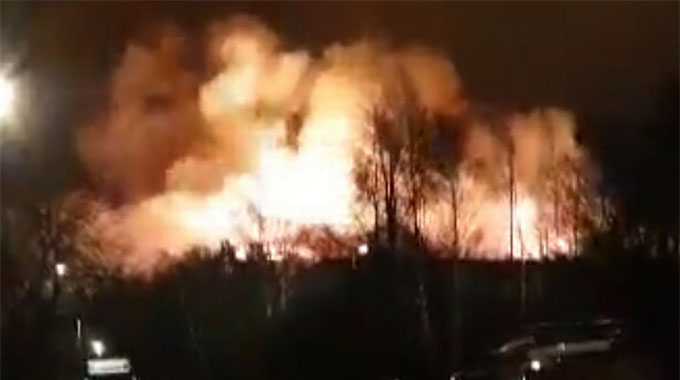 The owners of ‘Hande Bhebhi Stores’ were sleeping in the shop that serves as a wholesaler in the area when the fire broke out last Tuesday evening.

Midlands police spokesperson Inspector Joel Goko said investigations into the cause of the inferno were underway.

Screams and goodbyes as scores die in devastating India…

“I can confirm that there was a fire that burnt down a shop in Zhombe and almost all the stock was reduced to ashes. We are however, not yet aware of the cause of the fire as investigations by the relevant authorities are currently under way to ascertain the cause of the fire,” said Insp Goko.

Zhombe Chief Weight Gwesela, whose homestead is a stone throw away from Joel Growth Point where the fire incident occurred, said villagers from the surroundings failed to put out the fire.

“I was awakened by the commotion outside only to see the shop in flames. We tried everything to save the groceries and other goods but to no avail.

“I am however, glad that no-one was injured and there was no loss of life in the mishap,” said Chief Gwesela.

He said there was a need for rural district councils to also have fire tenders.

“We were using buckets to try to put out the fire but I think we need to have a fire tender at our local authority to help in such incidents,” the Chief said.

A member of the family that owns the warehouse, Mr Brain Sibanda, said the stock that went up in smoke was worth about US$95 000. The Chronicle