The African Union and the United Nations said they are supporting a civilian-led transitional government in Sudan following last month’s overthrow of President Omar al-Bashir. 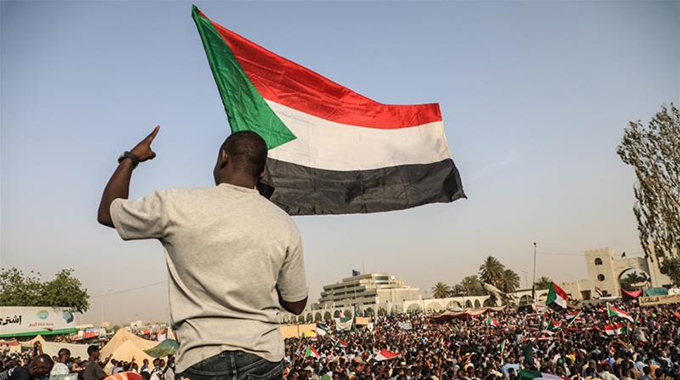 AU Commission Chairman Moussa Faki Mahamat said after meeting on Monday with UN Secretary-General Antonio Guterres there is no question of sustaining the military council that assumed power after al-Bashir’s ouster, saying “it is not acceptable”.

But he said military members could be part of a civilian government.

The AU initially gave the military 15 days to hand over power but extended the deadline to 60 days. Mahamat said talks are under way.

The UN-AU communique welcomes and supports “AU-led efforts to facilitate a consensual and civilian-led transition, in close coordination with the UN”.

Al-Bashir, who had been in power for 30 years, was ousted last month by the military following months of protests.

The demonstrations, which have been peaceful, have continued as opposition groups demand that the military, which currently rules through a Transitional Military Council, hand over power to civilians.

Meanwhile, on Monday Sudanese forces seized explosives belts, guns including rifles fitted with silencers, devices used to detonate explosives remotely and satellite telephones in a raid on a property in the capital Khartoum, the state news agency reported.

A contingent of the paramilitary Rapid Support Forces (RSF), acting on a tip, carried out the raid in al-Taif district of Khartoum, the agency said.

It was not known if the weapons cache was linked in any way to the country’s current political crisis. The news agency did not say if anyone was arrested or who owned the weapons. – AP

Theresa May rejects calls to resign