Chiredzi Town Council has started disconnecting water supplies to residents as it ramps up efforts to recover over $10 million owed by ratepayers. 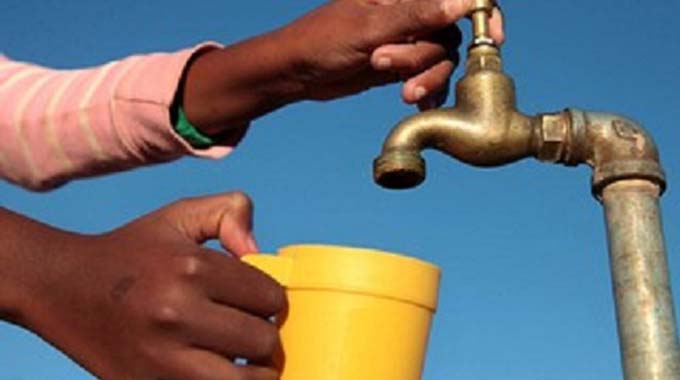 In an interview yesterday, council chairman Councillor Gibson Hwende said they decided to disconnect the residents’ after persuasive methods failed to work.

He said recently the town council offered 50 percent discount to residents with outstanding arrears, but the only a few took up the offer.

“Council is owed over $10 million by the residents, business community and Government departments.

“We tried offering 50 percent discounts to all who had outstanding discounts, but still others ignored this offer,” said Clr Hwende.

He said the local authority was facing a lot of challenges in delivering service due to poor revenue collection hence the need to come up with a host of strategies to boost its revenue base.

He said it was sad to note that some residents do not prioritise settling their bills for water, sewer and refuse collection but expect the local authority to continue offering such services.

“We have an obligation to offer these services to the people but the residents must pay for council to deliver the intended results,” he said.

“We have a salary backlog of over 10 months and we have outstanding statutory obligations with Zimra and NSSA and this has at some point led to our accounts being garnished so we don’t want a repeat of that”.

Chairman of the Chiredzi Residents and Rate Payers Association Mr Jonathan Muusha said it was unfair for residents who are consistently receiving water to resist paying for such a service.

He said it was important for stakeholders to assist the local authority to improve service delivery through honouring their bills.

He encouraged the residents to approach the local authority and make payment plans to settle their debts.

“At first we were against the idea of council disconnecting water for defaulters.

“We asked for discounts twice and council granted us that. Others responded while others ignored.

“The economy is not well even for the local authority and failure to settle bills would mean they cannot deliver given that the greater part of revenue is from rates,” said Mr Muusha. The Herald