Hopewell Chin’ono: Zimbabweans should STOP lowering their standard of life to accommodate misrule and corruption

My heart bleeds when I read comments that advise our people to stop complaining about the price of bread, but instead eat Mbambaira (sweet potatoes) and Mangai!

These comments that at times come from Zimbabwean regime apologists and hypocrites living in London where the British government puts its citizen needs ahead of resource embezzlement leave a sour taste in the mouth.

This mentality explains why we won’t develop as a nation especially with such thinking found in people who have very close proximity to those in power in this country.

Instead of addressing the problem that stops us from affording bread, we are told to eat Mangai and Mbambaira as a solution in order to accommodate State resource theft and incompetence?

Great nations like Singapore thrived and excelled because its leader, Lee Kuan Yew didn’t look for excuses but faced his nation’s problems head on, and provided permanent solutions that pulled Singapore from being a developing country to a first world economy that it is today.

The irony of Robert Mugabe and his comrades in ZANUPF blowing millions on trips to seek health care in a country like Singapore is lost by regime apologists, they don’t even have the ability to ask why we can’t also be like Singapore.

They are fine with those millions being blown on health seeking trips in Singapore, India, South Africa and Dubai, and yet when the ordinary citizen asks for a better life and opportunities not to be blocked, they are told to eat Mbambaira.

My eldest sister Juliet who is deeply religious always reminds us at family gatherings that we are what we think, and that mediocrity breeds more mediocrity!

Our problem in Zimbabwe has been our inability to reject mediocrity instead of accommodating it, we should be demanding a higher standard of leadership that suits today’s 21st century world.

When the ruling political elites mismanaged the council water system and stole money meant for chemicals in the 1990s and thereafter, we started drilling boreholes!

When they mismanaged the power company ZESA and started stealing from it through unfulfilled tenders, we started buying generators.

When they mismanaged our national resources and the economy leading to factories closing shop, and we lost the ability to earn foreign exchange to import fuel for the generators, we made a plan and went Solar!

When they didn’t fix roads, those who could afford stopped buying saloon cars and went for Japanese 4X4s.

Now they have refused and failed to reform the politics and economics of our country, and as a result the price of bread is now unaffordable to the average Zimbabwean, their surrogates and sycophants are now telling us to eat Mangai and Mbambaira!

NO! We won’t do that, we won’t lower the standard of our lives in order to accommodate mediocrity, corruption, incompetence, nepotism and misgovernance.

It is important we realize that Zimbabwe’s problems have solutions that are here but are not being implemented, and as such, we should demand that the political reforms needed to turn the economy around are implemented.

They are some amongst us who lack the critical thinking skills or are just mindless defenders of this rot who embarrassingly continue to blame sanctions for our crisis!

Sanctions were not even there in 1999 when the economy went South, unfortunately there are some who are ignorant of this reality and are gullible enough to buy this silly sanctions narrative!

We also have solutions for getting the sanctions removed in this country, and it doesn’t cost money at all to free the airwaves, align our laws to the constitution and remove repressive laws and not replacing them with more repressive laws.

It doesn’t cost anything to professionalize parastatals, streamline our civil service and depoliticizing it and removing the military from politics!

These are norms and values that we signed up to and agreed to implement with the partners who have now imposed sanctions on us because we have refused to do what we agreed to do.

Instead you hear ridiculous comparisons with Saudi Arabia and Egypt.

In other words these folks are saying, “…why can’t we be allowed to oppress and kill our own citizens as they do in Saudi Arabia?”

Is there any more idiotic thinking than this, is there anymore unhinged aspiration process than this?

You want the human rights bar to be lowered like it is in Saudi Arabia where the U.S. has done so as a compromise in order to get oil and manage its Israeli question and Middle Eastern issues through using Saudi Arabia and Egypt as proxies?

First of all that comparison shows a tragic and catastrophic level of ignorance to how foreign policy works, and it also shows that whoever pushes that argument does not have a progressive mind.

These are the Mbambaira minds with Mangai thinking and Mbambaira solutions for 21st century challenges that we are failing to tackle because we are still 50 years behind.

They want us to lower our desires, aspirations and our march to a better world in order to accommodate their ignorance, corruption and incompetence!

We should resolutely reject that mediocrity especially when hypocrites and regime apologists who live in London are prescribing it, they ran away from the very things that they want us to accommodate today.

They are not only hypocrites, they are cruel, and so are the people who oppress us who see nothing wrong with their fellow citizens starving to death whilst they drive Lamborginis and Maseratis!

They are not patriots, a patriot wants to share with their fellow citizens, these folks loot and take away national resources, remember Chiadzwa?

It could have paid all our debts and built world-class hospitals and schools, Zimbabwe could have been somewhere by now had it not been for the grant theft of the proceeds from Chiadzwa diamond field.

But instead it built million dollar mansions some even in rural areas, it bought houses in Dubai and South Africa and expensive million dollar Lamborghinis and yet we are being asked to eat Mbambaira in order to accommodate that rot?!

Parirenyatwa and Harare Hospitals cost only US$20million a year to run without citizens paying a service charge, that is US$200million to run those two hospitals for ten years and US$2billion for 100 years!

In other words this country has enough resources to take care of health needs of citizens yet to be born who will use those two hospitals for the next 100 years, what we lack is an honest political leadership that prioritizes the needs of its people.

How much came out of Chiadzwa diamond fields?

Dr Azza Mashumba recently said, “…there is no urgency and there is no priority, and nobody is listening to us,”

“I come to work to do my very best but my output are still births, my output are disabled babies…. what do we do,” she asked the Minister of Health Obadiah Moyo

Only fools buy the sanctions argument, it is meant to deceive and hide the real argument of corruption, State theft and incompetence.

Now it is not only Chiadzwa that was looted, imagine the billions that are being looted yearly.

That is why I always say Zimbabwe has enough to look after itself, what it lacks are progressive political leaders, nothing more, nothing less!

The sanctions story is for losers and ignorant folks who don’t read to understand issues!

Now hear this, the debt that has been blocked by sanctions resulting in our failure to restructure our national debt is less than US$1,7 billion, we have owed this to the world bank for 20 years.

Couldn’t we have paid this with just resources from Chiadzwa diamonds?

That is why it is important to read for yourselves in order to understand, and not to buy into the crude State and partisan propaganda peddled by regime apologists, some of them who are unwitting puppets!

Today I recommend that folks read The End of Poverty written by Jeffrey Sachs and How Democracies Die written by Harvard professors, Steven Levitsky and Daniel Ziblatt. 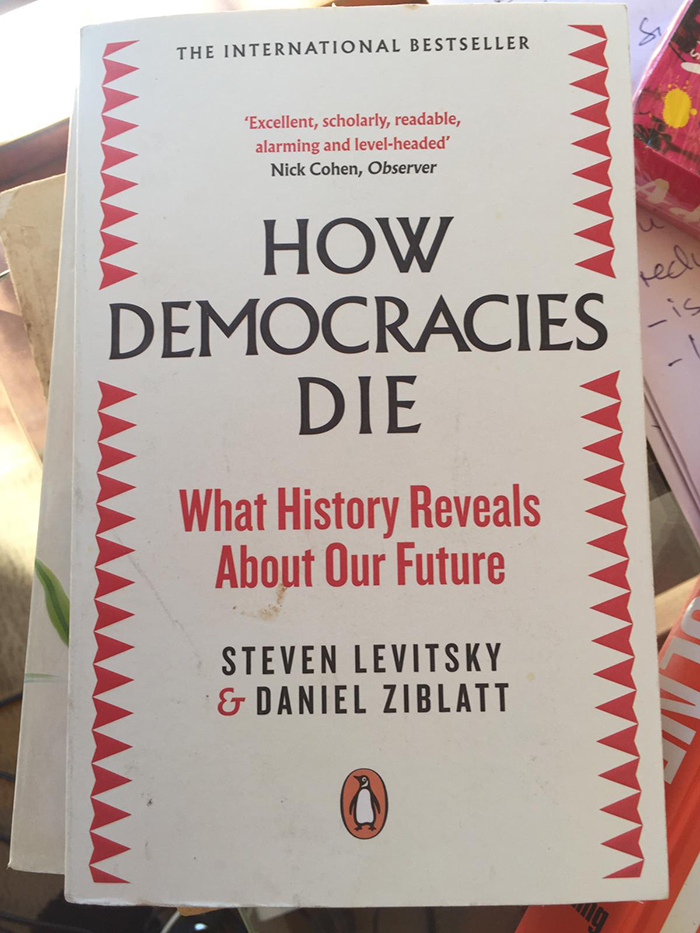 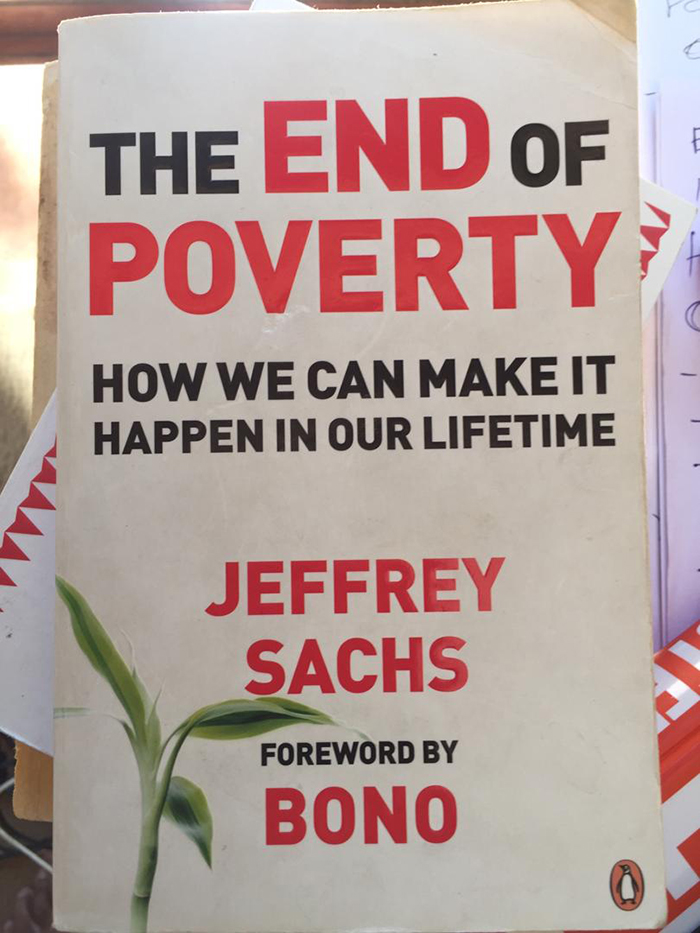 Solutions are “hidden” in books and reading removes the veil of ignorance that consumes some amongst us, don’t argue and make a fool of yourself over issues that you can easily understand by opening a book.

Democracy and progressive thinking are threatened like never before by ignorance!

We have an obligation as citizens to protect the future of our children and grand kids by not giving in to mediocrity which is motivated by selfishness of the political elites and corruption made possible by lack of citizen activism and fueled by ignorance!

Zimbabwe: A nation with so much potential and hope, a nation that defined what Africa should have been like in the 1980s.

Now this nation has been reduced to a ramshackle and shadow of its former self, and we are told to accept and also live ramshackle lives whilst the perpetrators of our demise continue to steal and loot our future?!

P/s It should be noted that the average Zimbabwean living in London and the Diaspora in general is reasonable and aware of the rot back home and that they have actually assisted their kith and kin back home.

However there is a particular breed of very vocal and yet clueless ZANUPF supporter who refuse to accept that the government is not on the right track and will offer ridiculous solutions devoid of common sense.

Not all ZANUPF supporters think like this, those with a sensible mind realize that we are headed nowhere, it is the sycophants, bootlickers and chancers who advance mindless arguments.

He is a Harvard University Nieman Fellow, CNN African Journalist of the year and CNN Television Journalism Fellow. He is also a Fellow at the University of Oxford’s Africa Leadership Institute.

The late superstar Oliver Mtukudzi wrote the sound track for State of Mind.

You can watch the State of Mind trailer below. You can contact Hopewell at [email protected] or twitter @daddyhope