Almost 4 000 vendors and transport operators operating near Egodini have been plunged into a crisis after the closure of toilets and they now use bottles and alleys to relieve themselves. 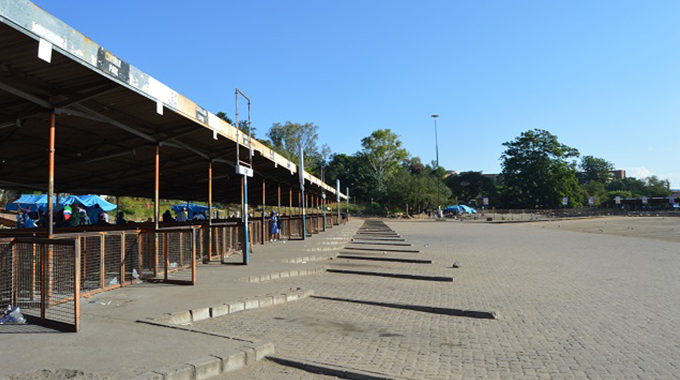 Their crisis is worsened by non- availability of water sources in the business area. As a result a diarrhoea outbreak is looming.

However, Bulawayo Upcoming Traders Associations (Buta)’s representatives had to swiftly engage council officials thereafter and they were informed to use two toilets which are housed at Mutize and Sons flea market.

But that has not helped the situation. Instead, it has left about 4 000 vendors and transport operators facing ablution woes, Mutize and Sons toilets are always out of service and there is no water source in the vicinity.

In separate interviews vendors and transport operators said they now use alleys or bottles to relieve themselves and expressed fears of a cholera outbreak.

“Since they closed Madubeko toilets, we are facing a serious problem, we now urinate in bottles which we throw away at alleys after using them,” he said.

A tout, Yedzani Sinyosi, said they had no alternative to the alleys.

“The single toilet that is used by men here is always out of service most of the times,” he said.

They are now facing a health time bomb!

“Just imagine after relieving myself and I don’t wash my hands. This will lead to a cholera outbreak,” he said.

“We face a great challenge of water when selling fruits such as apples because there is no water and some people just buy and eat of which this could lead to an outbreak of cholera.”

Nothando Sibanda said their lives were now at risk as they could be raped while relieving themselves.

“At times we use a single toilet with men or we use alleys and that puts our lives at risk as we could be raped,” she said.

Nyasha Mapudzi said at times they find poo at their stalls.

“Due to lack of ablutions most of the times some people relieve themselves in our stalls,” he said.

Mutize toilets are not adequate because we have more than 4 000 vendors and transport operators, and those toilets are always out of service. As a result they use alleys to relieve themselves.”

Ndebele said the situation was worsened by lack of water in the business area.

“There is no water source in the area. We had requested council to supply us with water bowsers but they said they did not have diesel to transport water bowsers to us as a result our lives are at risk,” he said.

The city fathers responded to the accusations on social media, noting that prior arrangements for alternative ablution facilities had been made.

“We held several meetings with the representatives of the associations which were part of the relocation process.

“They asked that they be given temporary relief to use Mutize and Sons toilets,” noted the local authority. B-Metro.