Holiday Inn Bulawayo has increased its rates by five percent in line with prevailing economic challenges. 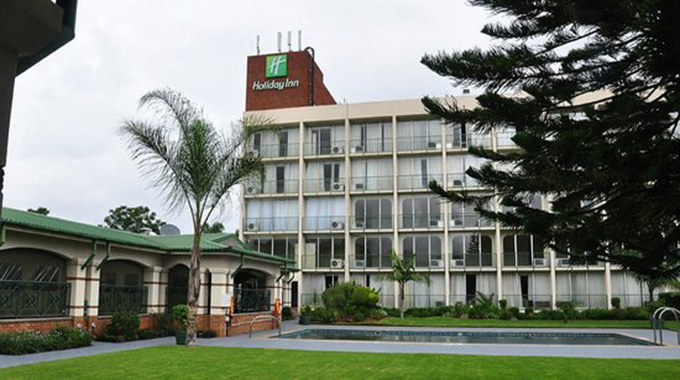 Recently, there has been an outrage by customers over the steep prices that leading hotels in Bulawayo have introduced ahead of the Zimbabwe International Trade Fair (ZITF) next month.

ZITF is the country’s largest trade showcase and will this year run from April 23 to 27.

In a statement, African Sun, a hospitality management company which manages Holiday Inn, said the prices for 2019 had been increased to meet various input costs.

ZITF hangs in the balance

“Holiday Inn Bulawayo is a preferred hotel in the city largely due to its association with the InterContinental Hotels Group (IHG) and the high standards synonymous with it.

“The hotel has maintained the USD rates for the past three years at a standard room’s rate of USD$305 bed and breakfast. However, for 2019 this rate has been adjusted upwards by a five percent in line with the increase in input costs,” reads part of the statement.

African Sun said the hotel was presently overbooked for the ZTIF period as it has received over 800 requests for accommodation against an inventory of 157 guest rooms.

African Sun also said Holiday Inn was channelling the money it was receiving from its clients to keep abreast with international standards and management of the company was at the moment embarking on a refurbishment exercise, which was earmarked to be completed by April 15, 2019.

“The hotel is investing over half a million US dollars (US$500K) towards these projects. This is in line with the desire to ensure that we meet our customers’ expectations,” it said.

The ZITF is the premier event in the business calendar year of the country and African Sun said demand for accommodation during this period is “astronomical”.

ZITF Company recently announced that it has increased exhibition space for this year’s showcase to 50 380 square meters from 49 307 square metres in 2018 in response to growing demand for bookings.

It also indicated that 380 exhibitors, including nine foreign entities, have already registered their participation with 85 percent of space already booked. The Chronicle

ZITF hangs in the balance