Sunday Chidzambwa’s contract was yesterday finally renewed, after a marathon Zifa board meeting held at the association’s headquarters in the capital. 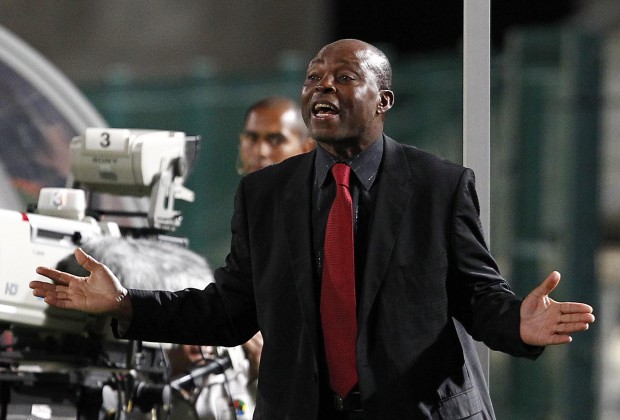 This ends speculation surrounding the veteran gaffer’s tenure as Warriors head coach after being out of contract since the New Year.

Prior to this Chidzambwa had announced the Warriors squad that will face Congo Brazzaville in a make or break final African Cup of Nations qualifier at the National Sports on March 24, with his contract issue still up in the air.

However, the issue was put to rest yesterday when the Zifa executive committee “unanimously” agreed to renew Chidzambwa’s contract.

Zifa president Felton Kamambo confirmed the outcome of the board meeting which also touched on the national under 23 technical set up, Warriors replica jerseys and online ticket sales for the upcoming Zimbabwe versus Congo Afcon tie.

“There is also a noticeable progress in the purchase of online tickets for the Zimbabwe versus Congo Afcon qualifier and the Executive urges fans to continue purchasing the tickets.”

Although Kamambo could not avail the exact number of tickets sold so far, The Sunday Mail gathered that over 15 000 tickets have been taken, two weeks before the crunch Afcon qualifier.

In a first of its kind, the Kamambo led executive introduced pre-match ticket sales last month.

No tickets will be sold at the gates on Match Day.

“I don’t have the actual figures now but there has been remarkable uptake of this new system. Once again, we are reiterating that no tickets will be sold at the gates,” said Kamambo.

The cheapest ticket for the Warriors’ do or die match is going for $10 and the ticketing system is specific on the gates fans will use on Match Day.

Currently, the tickets are being sold at Zifa House and its provincial offices as well as at clothing shop 4 May in the capital.

They will be distributed at Chicken Slice’s nationwide outlets starting from tomorrow.

Zifa recently signed a kit deal with Umbro and the association’s leader yesterday assured fans the replica jerseys would soon go on sale.

“Replica jerseys sales will commence in time for the big match,” added Kamambo.

Yesterday’s meeting also dwelled on the national under 23 technical set up, ahead of the Young Warriors’ African Cup of Nations qualifier against Mozambique in Maputo on March 22.

The second leg is set for the March 26 at the National Sports.

Tonderai Ndiraya is the head coach while Mandla “Lulu” Mpofu is the first assistant coach.

Charles Mukaronda bounced back as the national under 23 manager.

However, the major focus is on the senior national team which needs just a point to qualify for a fourth Afcon finals appearance, having done so in 2004, 2006 and 2017.

The Warriors lead Group G with eight points and will qualify for the finals set for Egypt in June should they avoid defeat against Congo.

The reverse fixture ended 1-1 at the Stade Alphonse Massamba-Debat on September 9, 2018. Sunday Mail.

Spare a thought for Banda, the Isolated One