Hopewell Chin’ono: Congratulations to the Nyaradzo Group and Philip Mataranyika as they continue to set the pace

Congratulations to Mukoma Philip Mataranyika and the Nyaradzo Group on their 18th anniversary today.

Nyaradzo is a good example of a black owned company that was started on the back of nothing but just an idea, started from scratch and went on to become a market leader in its field.

We grew up seeing and hearing of Doves and Mashfords as the premium undertakers of choice, and yet Nyaradzo has proved to us all that with the right leader on the steering wheel, ideas can be planted, germinate and nourished to full fruition.

Mataranyika speaks on Nyaradzo @18 and beyond

Mataranyika and Nyaradzo’s story are great examples that should be taught in schools to inspire our children into believing in themselves, and into realizing the need to build businesses that can outlive their owners.

Black people in this country were trained at schools and university to manage things and not necessarily to create and own them.

This was caused by the way our colonial curriculum was designed, it was not meant to create entrepreneurs, it was meant to churn out managers.

Most black kids grew up hoping that one day they would lead companies and not necessarily own them, that is how we were socialized.

Folks like Mataranyika have thrown away that mentality by proving that it can be done legitimately, and that companies can outlive their founders if built on a strong foundation and values. 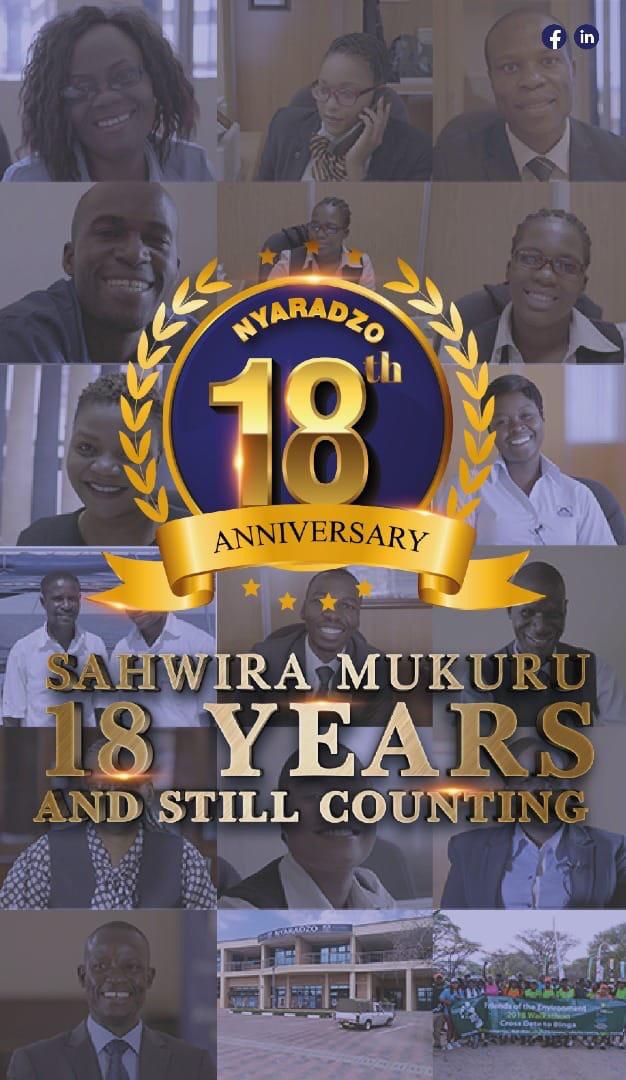 Many of today’s most influential black business founders grew up in the colonial townships banished away from the accessories and exposure of worldly entrepreneurial success.

It is therefore cause for celebration when someone who grew up in Highfield like Mataranyika did, emerges at the top of their game leading and owning a business that has done nothing but continue to grow and diversify.

Nyaradzo has successfully managed to demystify death, and on many occasions where I have been at a funeral that Nyaradzo would be handling, their staff always has a way of becoming one of the family members.

Ultimately folks like Mataranyika are the quality minds that should end up in public service using their immense business experience to help turn things around.

He represents what I would have liked to see on Presidential Advisory Council.

I would sleep well at night knowing that someone like him is in charge of a government department or ministry.

This is because he has NO need to steal or behave in a corrupt manner since he has built his fortune legitimately.

We should as a country attract such people into public service because they bring an immense body of experience, and they have been exposed to high standards of delivering services.

This is self evident in how Nyaradzo has managed to revolutionize undertaking and funeral services amongst many other services that the group now offers.

Government should consider working with companies like Nyaradzo in rehabilitating our hospital mortuaries in public private partnerships.

We have key public health institutions like Harare Hospital whose mortuaries are not working.

We have been employing incompetent people and as a result our public facilities have been ruined into the ground.

Successful privately owned businesses like Nyaradzo are a living testimony that with the right people in place, we can succeed regardless.

We should tap into that expertise and learn from it how to manage institutions.

Nyaradzo has become everyone’s company and on this important 18th anniversary milestone, I wish them extremely well.

Your success and unquestionable integrity gives a ripple of hope to the young entrepreneurs who at times are daunted by the current chaotic economic environment.

You are one of the very few men and women who have built empires and corporations across many sectors of our economy and duly inspired millions of our people, and hopefully will support the next generation of black business founders striving to make it big as you have done.

He is a Harvard University Nieman Fellow and a CNN African Journalist of the year.
He is also a Fellow at the University of Oxford’s Africa Leadership Institute.

It was recently nominated for a big award at the Festival International du Film Pan-Africain de Cannes in France. You can watch the documentary trailer below.

Mataranyika speaks on Nyaradzo @18 and beyond