United Kingdom-based Zimbabwean socialite, Olinda Chapel has blasted Acie Lumumba for not shaving his privates and demanded that he stops trolling her. 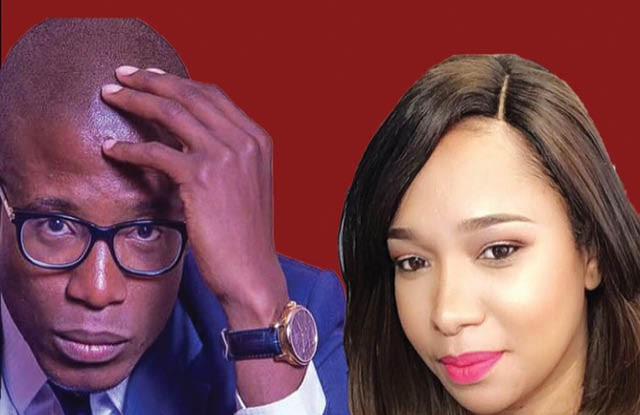 Olinda took to her Instagram and Facebook pages slamming the former Zanu-PF youth leader for being unkempt, and disclosing that that was why she could not have a romantic relationship with him.

This comes after William Mutumanje, better known as Acie Lumumba, mocked her body structure saying her stomach looked like she had swallowed husband, Tytan.

“Can someone please tell ACIE LUMUMBA kuti sha it’s not my fault I wasn’t into you.

“Ndoda varume vanotamba ne Veet hair remover,” she fumed.According to Olinda, Lumumba has been trolling her since she turned down his love proposal years ago in a clear sign that he was bitter over the rejection.

“Two years later you are still trolling me. Clearly you don’t do well with rejection.

“You now sound like those Nigerian guys vanoti vakakunyenga and you say no, they call you a useless goat.

“STOP TROLLING ME for my attention. Respect your wife!”

Fans of the socialite added fuel to the fire, tagging Lumumba on Olinda’s post to which he responded with a round of applause emojis.

After divorcing hip-hop rapper, Stunner in 2017, Olinda got married to yet another artiste, Tytan.

The couple is expecting their first child together. — Online

MARRIAGE BREAKDOW: Woman absolves Pastor. . . ‘Even if I love Anglistone it is ok because I am single and he is also single’

My hands are clean: King Labash