Silobela villagers are living in fear of a stray lion that is reportedly attacking and killing their livestock. 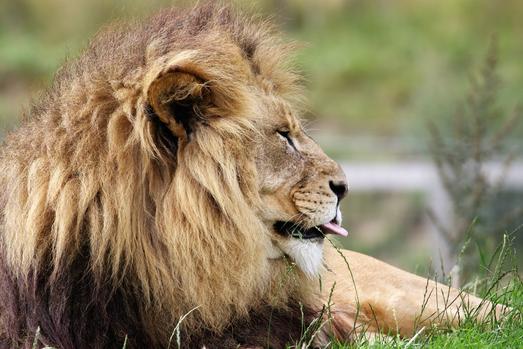 Chief Ruya confirmed that there is a lion, suspected to have strayed from the nearby Chirisa Game Park, which is wreaking havoc in Gobo area and has so far devoured two beasts.

“The lion was first spotted by a man who was fishing at Arda Fair Acres Dam on Friday while it was drinking water on the opposite side,” he said.

“He ran and alerted neighbours, but people were afraid to go to the dam.”

Chief Gobo said they alerted the Zimbabwe National Parks and Wildlife Authority (Zimparks), which sent rangers to the dam, but they failed to locate the lion.

“They only saw its footprints. Later that night, it devoured a cow near the dam. We also learnt it had devoured another cow,” said Chief Gobo.

Zimparks spokesperson Mr Tinashe Farawo could not be reached for comment.

“Our rangers also attended the scene after we received reports of the lion which was spotted in the area. After combing the area, they failed to locate the lion and we suspect it might have moved out of the area.”

Mr Machaya said the rangers would remain on the ground. He said the lion could have strayed either from Dollar Game Park or Chirisa Game Park in Gokwe.

“There is high possibility that it might have come from Dollar Game Park which still has a large number of lions,” said Mr Machaya. “It’s also possible that it came from Chirisa which is closer, but the lions there are not as many as those at Dollar.” The Herald