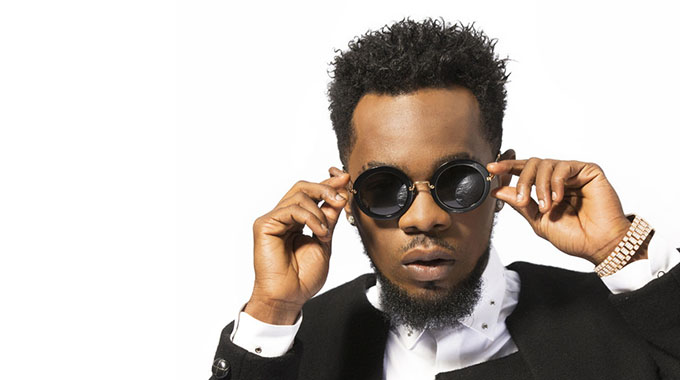 This follows his failure to perform at socialite Genius ‘Ginimbi’ Kadungure’s Club Sankayi in August last year, due to reasons both the promoter and musician did not disclose. Posting on his official twitter handle, Patoranking confirmed the show. “Patoranking, live in Zimbabwe, 26 April,” he tweeted.

Promoters of the concert Kayse Connect Corporation said their event is aimed at developing the showbiz scene. “As a brand we are looking forward to creating an environment that brings growth to the entertainment culture in Zimbabwe. “It will only take such strides from businesses that have a passion for the industry to grow.

“In bringing such acts like Patoranking we are extending the concept to not just local growth but also create opportunities for synergy between local and established international brands,” said Kayse Connect assistant manager Elton Kurima.

Patoranking to use live band

The “Available” hit maker will share stage with a host local musicians including Takura, EXQ, Sulumani Chimbetu, Nutty O, Jah Signal, Judgement Yard, Selekta Base and Jah Prayzah who recently collaborated with Patoranking on the song “Follow Me”.

Kurima said bringing in international artistes is a way of bringing local art on the spotlight. “It is beyond doubt that Zimbabwe has the talent but it is always necessary to have individuals or stakeholders who will partner with the industry.

“In future we would like to unite the industry and further the Zimbabwean brand. It will be amazing to see the music industry grow, becoming lucrative and invite more game changers,” he said.

Patoranking is a multi-award winner and international star who has been active in dancehall and reggae genres for a decade. He has cited publicly that among his key music influences are Buju Banton and Bob Marley.

This has endeared him to reggae lovers who are keen to embrace his forthcoming show. The Herald

A DARING HOTEL ESCAPE, A SCOTTISH ADVENTURE AND A RACIST ATTACK . . . The incredible tale of the teenage footballer who disappeared from the radar

Patoranking to use live band