No takers for Gramma Records

By Maxwell Sibanda and Vasco Chaya

One of the country’s largest recording businesses, Gramma Records has failed to attract buyers since it was put up for sale two years ago. 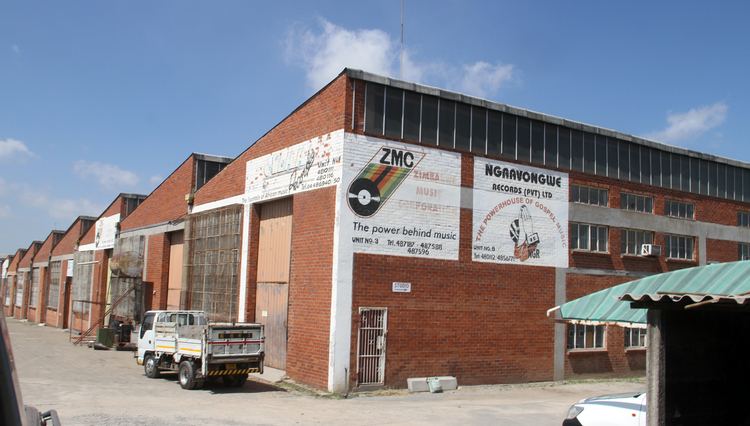 The company owns a state-of-the-art recording studio and one of the most sophisticated Compact Discs (CD) manufacturing plants believed to be one of the only two such plants in southern Africa.

Due to the economic meltdown, the plant is currently down because its proprietors cannot access the scarce foreign currency required to import spares to keep it running.

Along with the parent company which pioneered the recording, production and distribution of local music in the early 1970s, these sister companies were also put on the market in 2016.

This Daily News on Sunday is reliably informed that interested investors should be prepared to part ways with a cool $5 million to acquire the record label which boasts a rich catalogue of yester-year hits that are still selling even today.

At its peak Gramma Records used to sell more than 100 000 albums on a single release. It succeeded in enticing musicians such as Alick Macheso, Deverangwena Jazz Band, the late Leonard Dembo, the late Tongai Moyo, Khiama Boys, Charles and Olivia Charamba to record with it.

But with the advent of piracy, the recording business has been dealt a body blow and is now a pale shadow of its glory days.

Nonetheless, most of the aforementioned musicians’ music is still being reproduced at Gramma Records, ZMC and Ngaavongwe categorised as catalogue records with most of the early releases repackaged into ‘Greatest Hits’ compilations.

“Old music keeps us going. There is a market for the old school type of local music. However, we can’t say this singer is selling more than the other one as they have different catalogues. The bigger the catalogue, the more the sales,” said Gramma Records’ managing director Emmanuel Vori.

While some of the yesteryear local music is now available on CDs, most of it is still on cassette format.

Cassettes or simply tapes were the most common formats for pre-recorded music between 1970s and early 2000s before the introduction of LP record and later CDs.

“Despite technological advancement in Zimbabwe, there is still a significant market for cassettes. We are still producing cassettes mainly for motorists driving ex-Japanese cars. The bulk of ex-Japanese cars have radio sets that are compatible with cassettes,” said Vori.

With the country at one time reportedly importing between 2 500 and 3 000 second-hand cars on monthly basis, mostly ex-Japan cars shipped through the Beitbridge Border Post, the music cassettes had a ready market.

According to Vori, the cassette market is no longer as big as that of CDs.

“CDs are selling fast though we are affected by piracy,” he said.

Of late, Gramma Records has been a pale shadow of its former self mainly because of rampant piracy which has destroyed the market for original copy sales.

The giant recording studio which was incepted in the 1970s used to record big names in the music industry but most of them have opted out preferring to record as independents.

The coming of home studios and computers has also affected the recording business at Gramma Records which houses a 26-track recording studio which is fully sound
proof.

Many musicians now opt to record elsewhere as more studios open up to independent recordings.

Back in the day, the recording business used to boast of top-notch engineers and producers, among them Peter Mparutsa, Bothwell Nyamhondera (Gramma Records) and the late Tymon Mabaleka (ZMC).

At its peak, Gramma Records was once owned by international company Lonrho — an employer of choice at the time which used to employ about 150 workers.

Today, it is down to only 12 employees.

The company also used to employ several sales representatives who would traverse the length and breadth of the country in search of orders from the many record shops that were dotted in every other province, among them Spinalong.

Today, there aren’t any record shops to talk about.

Other synergies that used to bring money to the company were those with major international record label like WEA, EMI, BMG, Warner Bros and Gallo Records among several others.

The deal used to work well for local products as they were also sold to international markets through these labels.

Most of the deals with international record labels were made easier because of its ties to Lonrho before it was acquired by gospel singer-cum-politician Elias Musakwa and the late Josiah Tungamirai.

Musicians interviewed by the Daily News on Sunday said they haven’t received royalties for their catalogue music for a long time and many of them have even given up following up on them. Daily News