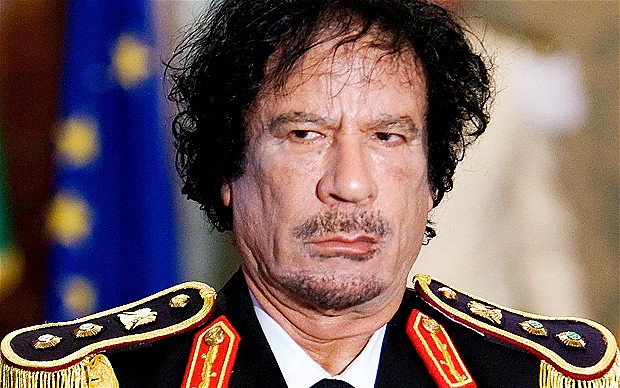 An adopted son of the late Libyan leader Colonel Muammar Gaddafi, Abhallha Mone Moussa Moummare, is resisting attempts by Zimbabwean authorities to have him deported to Tripoli, Libya, citing fears for his security, senators heard yesterday.

Justice, Legal and Parliamentary Affairs Minister Ziyambi Ziyambi told a Senate thematic committee on human rights that Gaddafi’s son recently refused to disembark from a plane in Addis Ababa, Ethiopia, where he was supposed to board a connecting flight to Libya.

Minister Ziyambi was briefing senators on how Government was dealing with refugees, and addressing their living conditions in prisons.

The committee, led by Senator Oliver Chidawu (Zanu PF), had expressed concern over the living conditions of inmates, including a diet of vegetables without meat for days.

They also asked why refugees were being lumped together with serving prisoners.

“We do not have refugees in prison, but prohibited immigrants. They are fined and an order for deportation is given. Some of them stay for over two years. It is a challenge really,” said Minister Ziyambi.

“In certain instances, some of them refuse to go to their original countries saying ‘if we go there we will be persecuted’. I know there is one who refused to go, is it Gaddafi?” he said.

“He was deported through Ethiopia (but) when he got to Addis, he said ‘I am not going to Libya’ and they had to bring him back,” he said.

In an interview, Minister Ziyambi said Gaddafi’s son ran away from Libya after his father was deposed and killed in 2011, and arrived in Harare in 2014.

He has since approached the High Court challenging his detention at Chikurubi Maximum Security Prison and wants to be granted refugee or asylum status.

“There are some court applications challenging his detention. So we are waiting for the outcome. Initially his identity could not be ascertained definitively. Under those circumstances, it was not prudent to grant that status without ascertaining for ourselves.

“So he was deported, but refused to go to Libya. He said he was more comfortable here. He was deported and while in Addis en-route to Libya, he refused to disembark from the plane,” said Minister Ziyambi.

Responding to questions from senators, Minister Ziyambi said it was not ideal to detain prohibited immigrants in prisons, but Government was doing so because there were no safe places to keep them while they awaited deportation.

“We are seized with that but the dilemma is that we do not have anywhere to put them. The prison was the only place considered as an alternative,” said Minister Ziyambi.

Commenting on living conditions in prisons, Minister Ziyambi said they were considering disposing some of them like Harare Central Prison to land developers and use the proceeds to construct prisons with better facilities.

“Admittedly, some of our prisons are very old. If you look at Harare Central Prison, when it was built it was on the outskirts of Harare but it is now almost in the centre.

“We are having negotiations. Perhaps if we can have land developers who want that prime land, we sell it and develop a better prison in Marondera,” said Minister Ziyambi.

On the issue of meat, Minister Ziyambi said they had gone a long way in addressing the challenge.

“I think we have an improvement in that regard. I have spoken to the Commissioner General (Paradzai Zimondi) and for the first time they have been giving them meat. It is something that we are progressively addressing, it was very bad,” said Minister Ziyambi.

“The Commissioner General said they had problems at some point because their cold room had broken down. So they could not keep the meat.

“They had resorted to keeping it at the butcheries where they bought the meat but were encountering when they went to the butcheries because either it would have been sold or they would be told to pay $5 more because the price has gone up.

“You know what is happening with price distortions. Butcheries can opt to give you back the $5 (you paid) because it is no longer attractive.” The Herald