Gold buyer Fidelity Printers and Refiners (FPR) has managed to coax illegal dealers to deliver their gold to its reserves as it moves to curb leakages of the yellow metal. 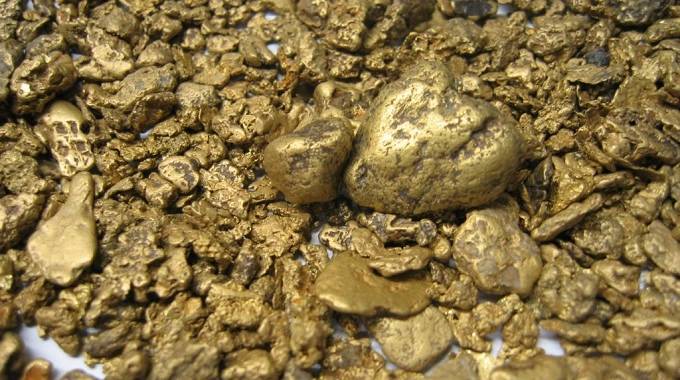 FPR general manager Mr Fradreck Kunaka said in an interview that the country’s sole gold buyer and exporter has managed to convince most of the renowned illegal gold dealers in the country to deliver their gold through the formal channels.

“We have taken more of a collaborative approach where we engage parallel market dealers because they are known. So, we have engaged some who are both in the southern and northern region and they have now come into the fold but that does not mean we have covered everyone but we have managed to talk to the kingpins and they are now brining in the gold to our centres in the formal way,” said Mr Kunaka.

He said the Reserve Bank of Zimbabwe (RBZ) has also come up with attractive incentives aimed at enhancing gold deliveries to FPR.

“There is an incentive scheme that is being offered by the RBZ for those who deliver to us that has also seen us attract those former parallel market players to come into the formal fold and that is also been witnessed in the increase of gold deliveries to FPR,” said Mr Kunaka.

He said FPR was aware that some unscrupulous registered gold buying agents were fuelling black market dealings, which could be prejudicing Zimbabwe of millions of dollars.

“This (black market gold dealings) is something done under cover so it would require a lot of investigations…people have been caught trying to smuggle gold out of the country, which shows that this activity is still present and has not been completely eliminated.

We hope with the efforts that we are doing to engage them (buying agents) and not the “stick” approach it will continue to yield the results as it has happened to date,” said Mr Kunaka.

To secure gold, some agents are paying 100 percent cash and the gold is not forwarded to FPR because the agents are not issuing receipts. FPR pays miners 70 percent United States dollars cash and 30 percent as a bank transfer.

Mr Kunaka expressed satisfaction with efforts being put in by various stakeholders in ensuring that all of the country’s gold was delivered to FPR.

“During our best month we used to get not more than half a tonne from small-scale miners but as I’m speaking to you for the month of August the small-scale sector delivered slightly above three tonnes, which is a significant improvement from half a tonne, which means those efforts are starting to pay dividends.

“If we continue with that in addition to the monitoring mechanisms that are there under the Ministry of Mines (and Mining Development), Gold Mobilisation Taskforce as well as the Gold Command Taskforce, which is supervised by the law enforcement agents under the ZDF (Zimbabwe Defence Forces), I think those will start giving us results,” he said.

Meanwhile, Mr Kunaka said the RBZ has committed itself to increase the $150 million Gold Development Initiative Fund introduced two years ago, as part of its initiatives to enhance economic productivity through promotion and development of the gold mining industry in the country.

“The fund will be increased because right now we have disbursed slightly below $100 million of which we still have $50 million, which is likely to be taken up by the applications that we have and as soon as we disburse those the RBZ has already committed to increasing that Fund to a level which will be determined on the basis of the inflows of the new applications that will be coming to us,” he said.  The Chronicle.

Two die in Midlands mine collapse