CIA to expand its armed drone programme in Africa: NYT

The CIA is reportedly expanding its armed drone programme in Africa and will start using a military base in the Nigerien desert to carry out raids on areas where ISIL and al-Qaeda are believed to operate. 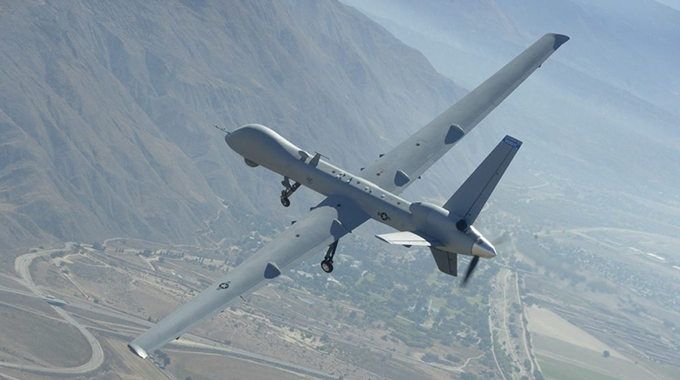 The New York Times reported on Monday that a secret military base in Dirkou, about 250km south of the Libyan border, will soon begin deploying armed drones in an apparent loosening of Obama-era limits on US raids outside conventional warzones.

According to the Times, the Pentagon has already carried out five drone strikes in Libya this year, including one two weeks ago.While the drones are currently being flown out of bases in Sicily and Niamey, Niger’s capital, armed drones “would almost certainly” be deployed from Dirkou “in the near future”.

The Times added that one of its journalists said he saw “gray aircraft – about the size of Predator drones, which are 27 feet long – flying at least three times over six days in early August”.
Predator drones, which have claimed countless civilian lives in Afghanistan and Pakistan, can reach a number of West and North African countries, including an area around Lake Chad, where Nigeria’s Boko Haram insurgency has spread.

“Unlike small passenger planes that land occasionally at the airport, the drones have no blinking lights signaling their presence,” the Times’ reporter said.

After attack on rival, IS jihadists battle for control in…

The paper added that the airport in Dirkou had grown significantly since February to include a new taxiway, walls and security posts.

The US does not have a direct combat mission in Niger but its military presence has grown in recent years from 100 to 800, and the US is completing construction on a $100m drone base in the central city of Agadez.

The US views the drones as a cost-efficient way to counter armed groups, but the programme has been heavily criticised for many of its operations in non-battlefield settings such as Pakistan, Yemen, Libya, and Somalia.

The Bureau of Investigative Journalism, which tracks US drone raids and other covert actions operations in several countries, says the US has carried out a minimum of 4,076 attacks in Afghanistan since 2015, with 3,594 to 4,879 people reported killed, including 150 to 313 civilians and 36 to 77 children.  The Herald.

After attack on rival, IS jihadists battle for control in northeast Nigeria