Form 1 girl married off to aunty’s hubby …. flees after years of abuse

You can recognise survivors of abuse by their courage. When silence is so inviting, they step forward and share their truth so others know they aren’t alone.

These words aptly apply to a heart-rending story of a 19-year-old woman from Emthunzini suburb in Bulawayo who blanketed the court with a sombre atmosphere while narrating how she was forcibly married off to her aunt’s husband when she was 13 years old.

Estel Mzobe brought tears to many eyes in the gallery when she narrated her ordeal of how she was married off to her 38-year-old aunt Nonhlanhla Mzobe (pictured above) ’s husband when she was in Form One. 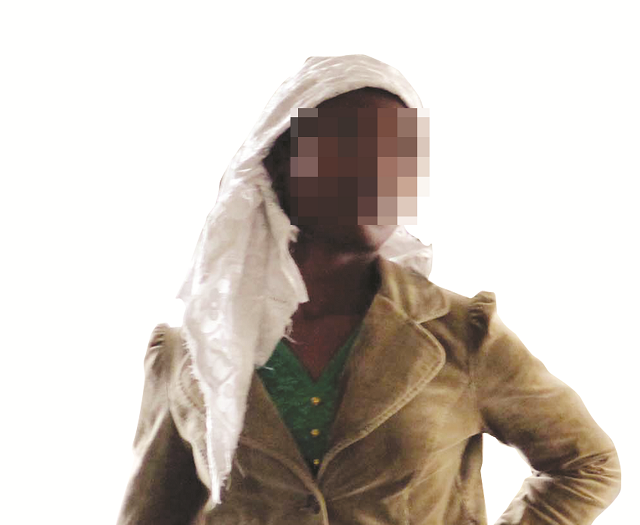 This was after her aunt who is also a proprietor of Emaqhageni Bottle Store in Nkulumane allegedly failed to conceive.

It is alleged that in a desperate bid to smooth-sail the forced marriage plan, her aunt reportedly took her from the rural areas claiming she was going to pay for her school fees when infact her “grand” plan was allegedly to marry her off to her husband.

Estel said she sparked her aunt’s fury and that of the family when she recently ran away from the forced six-year marriage citing abuse from both her aunt and husband.

In an unflinching candour, she informed the court that after she ran away to one of her mother’s relatives, her aunt together with her (Nonhlanhla)’s sister Fikelephi Mzobe followed and harassed her while forcing her to come back and sleep with Nonhlanhla’s husband.

“I was forcibly married off to my aunt’s husband from 2012 to 2018 before I recently left to stay with one of my mother’s relatives. During that time I didn’t understand why I was married off and I didn’t like the marriage as I was always abused.

“My two aunts Nonhlanhla and Fikelephi Mzobe are now pestering me, while physically and emotionally abusing me saying I should come back and stay with Nonhlanhla and her husband.

“I am no longer interested in the marriage because when they married me off I was very young and didn’t know about my rights. My prayer is that my two aunts should stay away from me,” an emotional Estel said, while seeking a restraining order against her two aunts (Nonhlanhla and Fikelephi) at the Bulawayo Civil Court.

She added: “This was not what I wanted with my life. I actually wanted to finish school and become someone of value to myself and the community”.

She begged the court to bar her two aunts from pestering her while forcing her to be Nonhlanhla’s husband’s second wife.

In a counter response, Nonhlanhla said she was not the one who planned the marriage adding that her husband was the one who approached her family and requested to marry her niece.

“My husband is the one who approached our family and requested to marry her and after a year of staying together that is when I discovered that they were now sleeping together,” said Nonhlanhla.

Her submissions were also supported by Fikelephi who said they sat down as a family and roundly agreed to marry off Estel to Nonhlanhla’s husband.

In his ruling, presiding magistrate Tinashe Tashaya ordered Nonhlanhla and Fikelephi not to force Estel to get married to Nonhlanhla’s husband and to come and stay with them.

In January 2016, the Constitutional Court (ConCourt) outlawed all forms of child marriages and struck off the statutes in Section 22(1) of the Marriage Act, which, for decades had allowed children under the age of 18 years to formally get married.

The ruling was triggered by an application filed by two Harare women, Loveness Mudzuru (19) and Ruvimbo Tsopodzi (18), who approached the court through their lawyer, challenging the Customary Marriages Act.

They argued that it infringed on the constitutional rights of young girls and boys who were getting married at an early age.

The ruling was hailed by gender experts, several child rights groups and human rights defenders who for a long time blamed early marriages for perpetuating the cycle of poverty and an increase in both maternal and child mortality. B.Metro.