Vuyo: the closet Zimbo. . . the mystery of gospel singer’s identity

TWO years ago, South African gospel superstar Rebecca Malope surprised fans when she revealed that Vuyo Mokoena, another gospel titan also thought to be from that country, was actually from Zimbabwe. 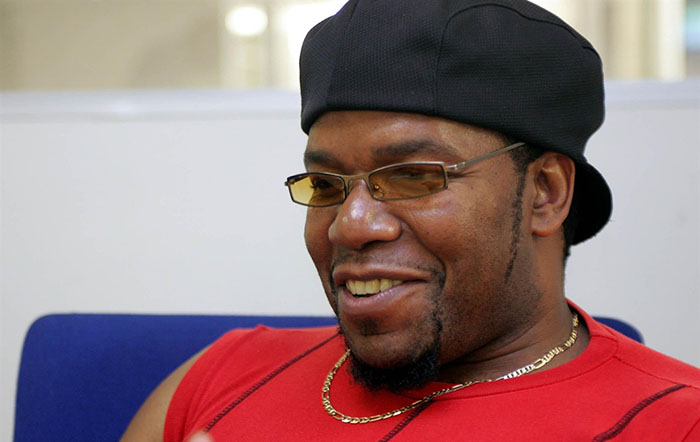 Rebecca was performing at Queens Sports Club during a concert that was all but a flop, with only a handful of fans present on that chilly evening to bear witness to the South African gospel queen’s reputed stage prowess.

Rebecca, stomping around on stage as if in a trance, confirmed what had until that point been a secret in gospel music circles.

Malope ready to worship in Harare

In the midst of such an enthralling performance some might have thought that perhaps Rebecca’s revelation was just the slip of a tongue. The gospel queen, bewitched by her own stage wizardry, might have just spoken out of turn.

The next morning however, in the relative calm of a local hotel, she confirmed what she had revealed the previous evening.

“Vuyo was Zimbabwean. The fact that I didn’t know for years is amazing because I think that he didn’t want to talk about it and I don’t know why. Later on that’s when I found out that he was Zimbabwean,” said Malope.

According to Malope, she had begun to suspect that the man she mentored was actually Zimbabwean when he showed her affinity for Shona gospel songs.

“Every time we were on stage he loved singing Shona songs. That’s when I said OK,” she said.

The gospel star’s identity seems to be one that he guarded until his death due to a brain tumour in 2008. His tombstone in Nigel New Cemetery in Ekurhuleni says that he was born in Duduza in Ekurhuleni.

Indeed his wife, Tebogo Mokoena, revealed that when she decided to marry the celebrity, whose lifestyle she was apprehensive about, she did so because of a letter from his parents from Duduza.

“When we received a letter from his parents in Duduza that’s when I believed that he really changed and wants to get married,” she said in one interview.

However, curiously, Mokoena’s parents were not there at the couple’s wedding in 2008, with Mokoena saying that they had an intimate ceremony with those in their close circle. They were also conspicuous by their absence during his funeral, with his father in law, Fufu Mngomezulu, speaking on behalf of the family to the media.

For all intents and purposes, Mokoena’s Zimbabwean origins seemed to have effectively buried.

If this was indeed the case, Mokoena would not have been the first Zimbabwean to hide his past while in South Africa. While the likes of Hugh Masekela always revealed their links to Zimbabwe with pride, others have not been as enthusiastic to lay claim to their Zimbabwean heritage.

In the 90s, many alleged that Tich Mataz had hidden his Zimbabwean identity, deceiving some into believing that he was South African. That bit of deception, they claim, was to come back and bite him later when his nationality was used to strip him of his business empire in that country. Mataz was later deported.

While DJ and mogul Oskido has never been shy to reveal his ties to Zimbabwe when he jets into Bulawayo for his lucrative Kalawa Homecoming gigs every December, he is less vocal of his roots during the 11 months he spends in South Africa.

The cynical have said that the Kalawa supremo only reveals his true roots when it is convenient and beneficial to him.  For Mokoena however, keeping his Zimbabwean identity a secret was harder when he crossed the border and came across his countrymen.

At the turn of the century, when gospel music was massively popular, the Ngaavongwe Gospel Music Explosion and Nguva Yakwana gigs used to bring gospel luminaries from both south and north of the Limpopo together.

It was during this time that rumours that Mokoena was involved with controversial star Ivy Kombo began making the rounds.

“I could never imagine myself kissing a guy like Vuyo. He’s not the kind of guy that I’m attracted to,” said the cheeky Kombo.

It was in such controversial surroundings that Zimbabwean artistes began to have an idea of Mokoena’s true roots.

“At first he wouldn’t speak in Shona that much. However, as time went on and we got to know him better we started to hear rumours that he was Zimbabwean,” Pastor Charles Charamba told Sunday Life.

According to Charamba, Mokoena was a perfectionist who wanted things to go perfectly on stage. This may have been the reason some did not question why he used a lot of Shona lyrics in his songs when he was on stage in Zimbabwe.

“He was very strict when it came to rehearsals. I thought this was mainly because he was someone that was very accomplished when it come to stage work…As time went on he began to speak with us in Shona.

At the time we just took him as someone who was inquisitive about the language and wanted to put his performances in a Zimbabwean context,” he said. Despite that, Mokoena’s roots still remain shrouded in mystery.

According to his wife, Vuyo was raised by his grandmother, Pony Mokoena, and not his parents who reportedly lived in Mabuza.

In another accounts, the gospel star’s wife has said that he lived as a homeless child on the streets of Johannesburg before he found fame.

“He left everything and came to pursue his career in music. When he got to Gauteng he didn’t know anyone and lived on the streets.

“That’s where his passion for helping street kids and the less privileged came from,” said Tebogo.

While Rebecca Malope was one of the privileged few that Vuyo confessed to, others were not so lucky and might have not known who he truly was despite spending years with him.Sunday News.

The school dropout who built his own computer

Malope ready to worship in Harare