A MAN from Tsholotsho who was released from prison on amnesty in March was arrested a month later after he tracked a woman and grabbed her by the throat, before robbing and raping her. 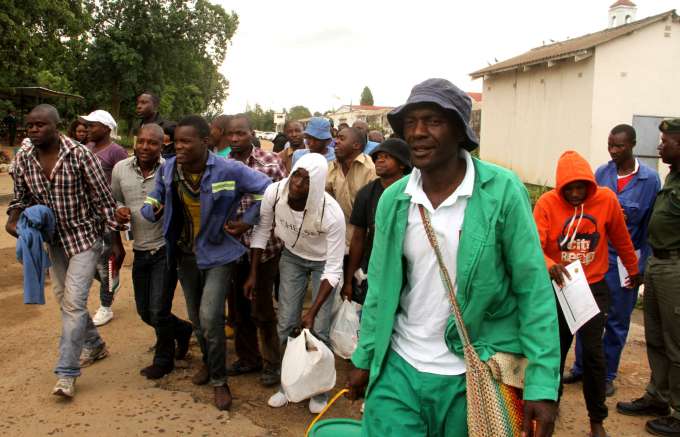 This emerged when Heziron Ndebele (28) appeared before Bulawayo magistrate Mr Chrispen Mberewere last week facing charges of robbery and rape. He pleaded not guilty and was remanded in custody to 28 August for continuation of trial.

Facts as presented by prosecutor Mr Simbarashe Manyiwa are that on 8 May, a woman from Lupinde line in Tsholotsho was on her way to acquire an national identity card at Tsholotsho Registry offices.

The court heard that along the way at around 10am, Ndebele emerged from the bush and grabbed the woman’s hand, slapped her on the right cheek and demanded cash and a cellphone. Out of fear the woman gave him $40 and a cellphone.

The court heard that Ndebele then allegedly choked the woman and dragged her from the road into the bush. He then pushed her to the ground and raped her. Mr Manyiwa told the court that after raping her, Ndebele slapped her again and instructed her to run away.

The woman went to a police base where she reported the matter. She was referred to Tsholotsho District Hospital for a medical report.

In pleading not guilty, Ndebele told the court that some features described by the complainant when she was making the report do not match his. “My Lord, I know nothing of the case. The complainant reported that the person who raped her was lipsy of which I am not,” he said.

He alleged that the matter was just a way to fix him.

“This is the work of the man who does not want to be known by the court and it is the same man who led to my previous imprisonment. I ferried his goods from South Africa and he refused to pay me of which I decided not to give him all his goods until he pays up, unfortunately that led me to prison. I was released from prison by amnesty.

The same person realised that I was out and he came again several times claiming the same goods of which the court had dealt with the matter. I have discovered that this woman is a neighbour to that man.”Sunday News.