BAD inheritance! Virginia Kumbani (62) from Chitanga Village in Mwenezi had no choice but to desert her home after goblins left behind by her late husband started terrorising her. 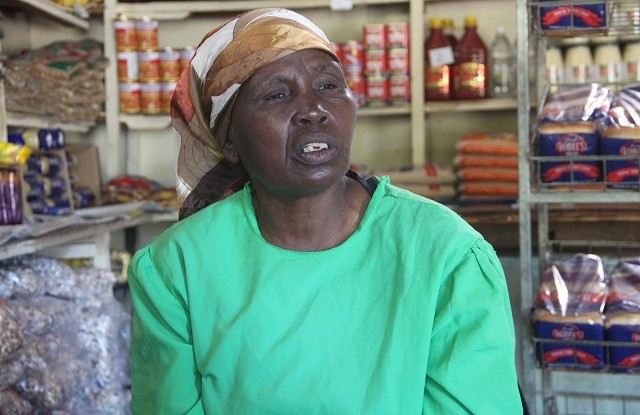 At first the goblins would pelt her with stones but later changed their modus operandi to making food disappear from her plate whenever she felt like eating.

She was left with no choice but to flee to her shop at Lundi Business Centre.

“I really have had no peace in my life after my husband’s death. Unseen creatures are terrorising me.

“I was being hit by stones from nowhere and the worst part was that I could not even eat as food would disappear from the plate.

“I went for days without eating and finally decided to move to the shop, fearing for my life,” said Kumbani.

After some days, the notorious creature managed to track her to the shops and caused more havoc.

To make it clear that it had finally caught up with her; it re-arranged goods at the shop.

“When I was just starting to enjoy peace in my life, I woke up to discover that it had followed me to the shops as it re-arranged goods.

“During the day while busy with my chores, it moved things and put them far, making it clear that I was no longer alone.

“I was left with no choice, but to engage my brothers-in-law. They sought for help from a traditional healer who then revealed to us that it was a goblin,” she said.

It is said that the mischievous goblin was inherited by the woman’s husband from his uncle. After he died it got no attention and so started troubling Kumbani.

The family also discovered that the goblin craved human blood, which is why it became a nuisance.

“The traditional healer destroyed the goblin and I now have peace in my life. I do not know how the goblin got to be at my home and I am happy that it was killed,” said Kumbani. B-Metro

Judges gang up on Malaba, claim victimisation, complain to…

UK says Mnangagwa has not made sufficient progress towards…