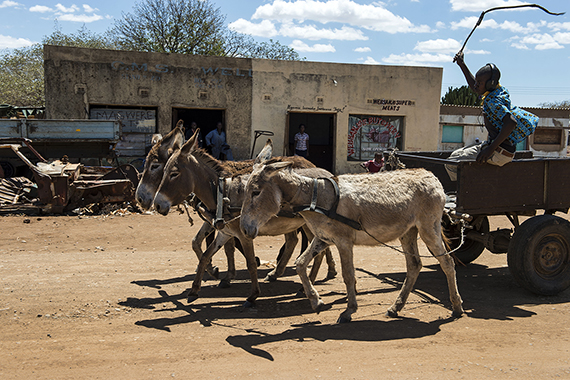 A motorcyclist from Inyathi, Bubi District died in hospital following a head-on collision with a donkey-drawn scotch cart. Fungai Sibanda (33) died at Mpilo Central Hospital in Bulawayo on Monday following the freak accident near Ngwigwisi River on Saturday.

A man who was in the cart said the donkeys panicked as Sibanda approached and encroached onto his lane.

“The donkeys got spooked by the roar of the motorcycle and moved sideways, exposing the balancing stick. The bike collided with the moving donkeys,” said the man who declined to be named.

“The driver dropped astride the stick and sustained severe damage on his private parts and between his legs.”

The man was rushed to Inyathi District Hospital where he was transferred to Mpilo due to the severity of the injuries.

“We rushed him to Mpilo. We could only put a drip on him. The rest was beyond our area of expertise. He needed an urgent operation to restore the damaged parts,” said the source.

Sibanda, the source said, died two days after he was admitted to Mpilo Central Hospital after losing a lot of blood.

A family friend, Mr Vusa Sibanda said: “I am deeply pained by the loss to the family and it is my greatest wish that we find closure and accept his fate. We all hoped that he would survive but it was too late I suppose.” The Chronicle

Gang of 8 jailed one year each

Machete rampage in Inyathi . . . One person dead as 50 MaShurugwi attack