The party bus that has been ferrying carnivalistas from Harare to the Victoria Falls Carnival for the past two years has been suspended. In a statement, coordinators of the ride – Enthuse Afrika said they had decided to sit-out their famous party on wheels this year in order to regroup. 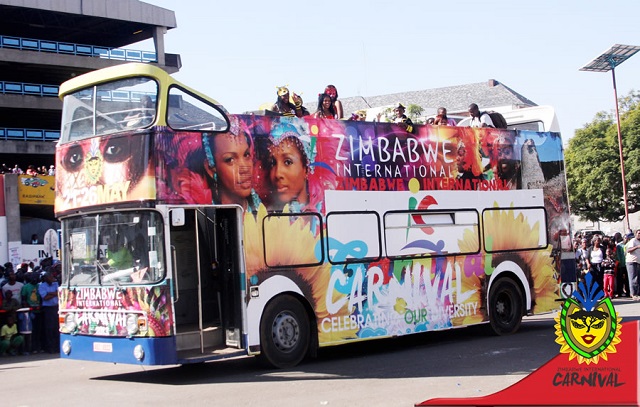 One of the coordinators, Stephanie Kapfunde said the bus would likely return next year.

“It really is a bombshell to all our patrons. We know it’s disappointing to say the least, but we have decided that although we’ve been at this successfully for two years, we’d like to take 2018 out to work on how we can amplify the experience for our party lovers,” Kapfunde said.

“This certainly is not the end of the party-on-wheels experience.”

Kapfunde said coordinating the experience that had become one of the biggest party on wheels to Vic Falls every December from Harare as well as Lusaka, Zambia for the big new year’s party, was not as simple. She however said she was optimistic the market will not be snatched by competitors.

“We trust our loyal party lovers know the difference between the real deal and a black and white photocopy. We’re halfway through the year and have definitely not run out of steam as we’re working on so many other activities.

“We have a big concert on the way at the most amazing location and depending on how our partners feel, we might party over the Zambezi instead.”

This development will likely to disappoint a bunch of fun-loving carnivalistas from across the region who had fallen in love with awesome high definition live music, a few shots of wiser waters in a luxury coach, all wrapped into one big unforgettable experience.

The ultimate New Year’s party on wheels was introduced in 2016 and received support from various brands that include DStv, Dewar’s Whiskey and Hunter’s Cider as it set the tone for the annual carnival.

The party bus package included Tshisanyama stops and complimentary snacks along the way, accommodation in Victoria Falls for the duration of the carnival, transport to the venues, a three-day pass into the carnival and a sunset cruise.

Last year the experience that was introduced in Zambia as well sold out in both countries showing how popular it was. – The Chronicle