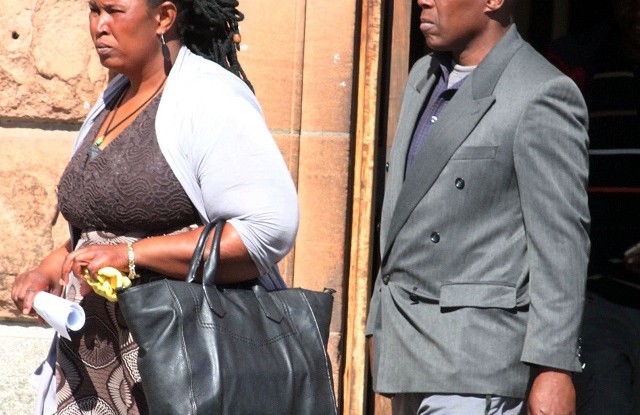 In an apparent show of shame, a Bulawayo woman quit her 17-year marriage amid revelations that her husband allegedly walked in on her five times with different men in their matrimonial home.

Member Ndlovu, a driver with Dwala Bus Service, found himself in a very frustrating situation when he discovered that his “randy” wife Nothando Khumalo was in the habit of inviting her nearly dozen lovers to their matrimonial home during his absence.

The final straw that apparently forced Khumalo to give up her marriage was when she was reportedly found by her husband with some condoms in her purse and allegedly failed to give satisfactory reasons why she was keeping them.

This real-life horrifying tale emerged at the Bulawayo Civil Court where Khumalo was seeking a protection order against Ndlovu.

Khumalo, however, seemed to have got more than what she had bargained for when Ndlovu exposed her shenanigans leading her to announce that she was no longer interested in their marriage.

“It is not true that I am abusing her. We stayed together for 17 years and during those years I caught her five times with different men in our bedroom and I thought that she would change but now I have realised she cannot. I also discovered some love messages in her phone which she was exchanging with her lovers,” said Ndlovu.

He added: “I work as a driver so most of the time I won’t be home and she would exploit that opportunity by inviting her boyfriends. The other day when I came back I found her with another man whom she said had come to collect his jacket.

“As if that is not enough, I also found condoms in her handbag and when I asked her why she was keeping them she failed to give a satisfactory reason.”

Ndlovu decided to shame his wife after she claimed he was in the habit of verbally and physically abusing her in front of children.

“My husband is abusive towards me over trivial issues and he is in the habit of physically abusing me. He once assaulted me with fists and an electrical cord.

“He is also verbally abusing me in front of children while calling me a dog and prostitute, reason being that I visited the New Start Centre regularly,” said Khumalo, adding that her estranged husband was evicting her from the matrimonial house and threatening to kill her.

Expressing sadness after her husband exposed her cheating antics; Khumalo said she was no longer interested in the marriage despite a spirited plea from the presiding magistrate Tinashe Tashaya to refer them for counselling.

In his ruling the magistrate told Ndlovu not to verbally, physically and emotionally abuse his estranged wife and even to go to her place when she decides to move out of the house. B Metro