Bitcoin made easy: What is cryptocurrency?

The explosive growth in the use of, and investment in, cryptocurrencies by Zimbabweans in the last few months has put financial regulators on the defensive. 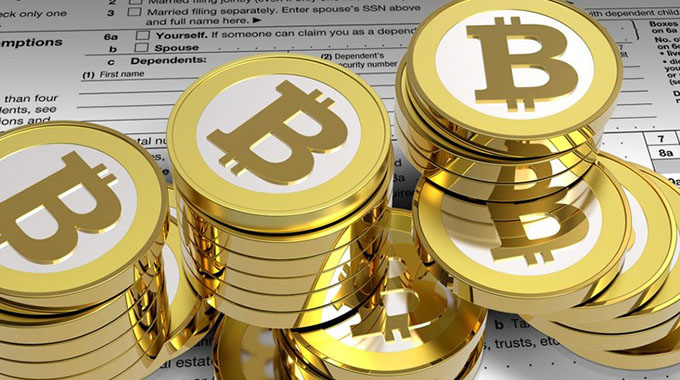 In 2017, more than $5,3 million worth of Bitcoin – the benchmark cryptocurrency – was traded on the country’s biggest digital currency exchange Golix.

And as the price of Bitcoin peaked at $33 000 on the exchange late last year, from just $1 000 in January, more people joined in what has become the modern day “gold rush”.

Altogether, Golix has traded $20 million Bitcoin’s worth since it started operations in September 2015.

But it is the exchange’s latest plans to raise $35,8 million through a special token sale that has forced the hand of authorities at the Reserve Bank of Zimbabwe to ban cryptocurrencies.

So what exactly is Bitcoin, and what’s behind the investors’ mania, and the regulators’ fears?

What is Bitcoin?
To illustrate our case, we use Bitcoin to represent the rest of the smaller cryptocurrencies, which number more than 1 500.

Bitcoin was the first cryptocurrency to be created in 2009 by shadowy Japanese developer Satoshi Nakamoto, and has become the most valuable and most popular digital asset.

It is not your everyday currency, the kind that one can hold in the hand like bond notes or US dollars.

It is stored virtually – on smartphones, computers and tablets etc – more or less like your Ecocash and Telecash, but without the central regulatory authority.

Unlike traditional currencies, Bitcoin is not issued by a central bank or government – although Venezuelan authorities have issued their own cryptocurrency – with only 3 600 coins created through a process called mining each day.

About 16,5 million Bitcoins are in circulation today, and only 21 million can ever be issued, a situation that has led some into predicting a growth of unhindered proportions for the digital currency.

The technology behind Bitcoin is a complex one. Put simply, the system rounds up transactions by investors into what are known as “blocks”, to be solved by math – the blockchain.

To do this, one needs very powerful computers to work out a solution whether the transaction was possible.

This is what is called mining. Once the other “miners” confirm the solution, the transaction goes through, with “miners” earning Bitcoin.

Where can I buy Bitcoin in Zimbabwe?
There are two main digital currency trading platforms in Zimbabwe, Harare-based Golix, and Styx24 in Gweru. With more than 50 000 investors actively trading on its exchange, Golix is the bigger of the two.

The currency can also be bought on Local Bitcoins.com, a much bigger platform that connects thousands of people from all over the world.

The price of Bitcoin, like other currencies, is typically decided by those willing to buy or sell it.

To receive a Bitcoin, the buyer must have a Bitcoin address – a long list of alphanumeric characters.

The system is built to protect privacy, so investors often get off without their identities being revealed.

But once the address is lost, the Bitcoins are lost with it.

I have got Bitcoin, so what?
While there is no shop known to accept Bitcoin as a means of payment here, a small number of Zimbabweans have become active trading in cryptocurrencies. Some are using Bitcoin to pay for goods and services like university fees and health bills abroad easily, without having to queue up at the Reserve Bank of Zimbabwe for it.

And those overseas to send money back home.

Last year, Golix processed about $1,8 million of such payments.

Largely though, cryptos are now being looked at as an investment, buoyed by the 1 400 percent growth in the price of Bitcoin last year.

Those with the coin are now unwilling to sale, hoping it will gain more value in future. It is not clear what will happen when the 21 million maximum Bitcoins are fully issued.

On account of this, a number of optimistic experts have predicted the price to shoot to between $100,000 and $250 000 per coin in the next few years.

Here, Golix has gone a step further.
It launched a Bitcoin ATM in Harare last month, allowing investors to withdraw hard US dollars from the sale of their cryptocurrencies, a novelty in an economy where traditional ATM no longer dispense cash.

But the biggest challenge remains a lack of liquidity and high demand, which have forced Bitcoin to trade a premium of about 40 to 60 percent to the global average price. For example, the international price of one Bitcoin was quoted at around $8 253 early morning on May 16. On Golix it was about $13 000.

What are regulators saying?
Regulation of digital money still remains as obscure as the virtual currencies debate itself. Bitcoin represents an era in financial technology that at best remains speculative, seldom understood by both citizens and by Government, though, in its current state, open to criminal abuse.

There is no law that specifically supports or criminalises trading of Bitcoin and other cryptocurrencies in Zimbabwe, registered or not.

The currency is neither defined as a security, commodity nor currency.

Though somewhere the Securities and Exchange Act could help form the basis for future digital currencies regulation, should Securities Exchange Commission of Zimbabwe, which is mandated to regulate all securities, decides to do so.

Looking at the stricter definition of a security, how it relates as any financial asset that can be bought, held or sold like shares, Bitcoin is in that sense a tradable security. And, therefore, subject to supervision by the SecZim, just like common stocks on the Zimbabwe Stock Exchange.

When the regulation eventually comes, it may not necessarily directly apply to investors, rather to the cryptocurrency exchanges that support the trading of digital currencies.

But the Reserve Bank has recently come down hard on crypto, directing commercial banks to stop dealing in, or with exchanges and people trading virtual money.

This is by far the biggest blow yet to the development of digital assets in the country.

Clearly, Zimbabwe’s financial laws had not anticipated a situation when trusted bank notes and other value storers like gold risked losing style to a currency that’s not even physical, only tangible to computers or smartphones – and one that is turning into a hit with those investors taken to risk. The Herald

Dairibord revenue up 17pc in Q1