The FIFA Dispute Resolution Chamber has ruled in favour of Zimbabwean international forward Matthew Rusike to be paid €142 500 (US$170 000) by Tunisian giants Club Africain in outstanding salaries and bonuses. 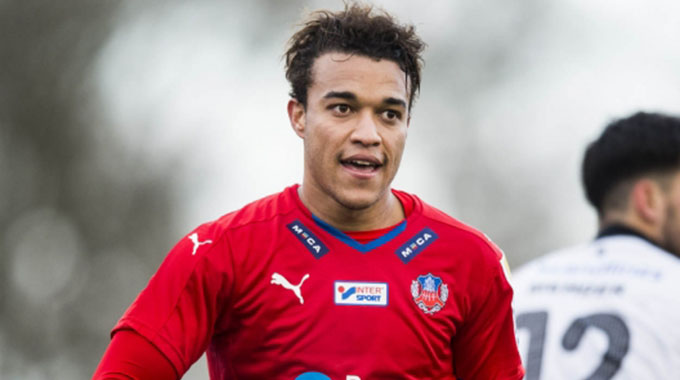 Rusike, who is now back in South Africa at Cape Town City, left the financially-troubled club in November 2017 under a dark cloud.

The 28-year-old had signed a two-year contract in January 2017, but was irked by the Tunisian side’s failure to pay salaries on time, leading to the termination of the deal after making only 10 appearances and scoring five goals and four assists.

Rusike took up the matter with FIFA and was represented by the Footballers Union of Zimbabwe in his efforts to recover his dues.

And the Dispute Resolution Chamber ruled in favour of the Zimbabwean when it made the final determination in Zurich, Switzerland on April 19.

The case should be a warning to Dynamos after the club was accused by their Cameroonian forward, Christian Epoupa, of failing to pay him his dues, which led to the breakdown of their relationship.

According to the judgment that was sent to both the player and his representatives, FUZ, on May 2, FIFA gave Club Africain 30 days to pay the outstanding dues.

The North Africans, however, are likely to appeal against the verdict.

“The claim of the claimant, Tyrell Matthew Rusike, is partially accepted. The respondent, Africain, is ordered to pay to the claimant, within 30 days as from the date of notification of this decision, outstanding remuneration in the amounts of EUR 142 500 ($170 000) and TND 342 plus 5 percent interest p.a. until the date of effective payment.

“In the event that the amounts plus interest due to the claimant in accordance with the above-mentioned are not paid by the respondent within the stated time limit, the present matter shall be submitted, upon request, to the FIFA Disciplinary Committee for consideration and a formal decision.

“The respondent is ordered to pay to the claimant, within 30 days as from the date of notification of this decision, the amount of EUR 120 000 in accordance with clause 8.iv of the settlement agreement.

“In the event that the amount due to the claimant in accordance with the above-mentioned is not paid by the respondent within the stated time limit, interest at the rate of 5 percent p.a. will fall due as of expiry of the aforementioned time limit and the present matter shall be submitted, upon request, to the FIFA Disciplinary Committee for consideration and a formal decision. Any further claim lodged by the claimant is rejected.

“The claimant is directed to inform the respondent, immediately and directly of the account number to which the remittances are to be made and to notify the Dispute Resolution Chamber of every payment received.

“A request for the grounds of the decision must be received, in writing, by the FIFA general secretariat within 10 days of receipt of notification of the findings of the decision.

“Failure to do so within the stated deadline will result in the decision becoming final and binding and the parties being deemed to have waived their rights to file an appeal,” read part of the judgment.

FUZ president Desmond Maringwa said Club Africain have since responded to the verdict.

Maringwa said Rusike had sufficient grounds to terminate the contract after his employers violated their contractual obligations on nine separate occasions during the 11 months he was on their books.

Rusike signed for Club Africain in January 2017 and only received his $40 000 signing-on fee four months late.

The club then either paid late or failed to honour the salaries for the ensuing months.

They also defaulted on the bonus for winning the Tunisian Cup.

Club Africain could not provide various other fringe benefits such match bonuses, accommodation, a car as well as two flight tickets per season as was agreed in the contract.

“In the matter at hand, it is clear that the player’s confidence in the future performance of the contract was completely lost in November 2017.

“The club repeatedly failed to pay the player his financial entitlements and despite various oral and written reminders, the club did not remedy the numerous breaches and, in addition, did not even reply to the default notice of the player,” wrote Maringwa in their claims to FIFA.

Club Africain are riddled with debt.

The Tunisian giants are also expected to pay €91 000 to their former Malian defender Souleymane Coulibaly.

Both players blamed the club for running several months late in paying salaries, a recurring problem for the Red and Whites.

Last month, their fight for a Champions League slot suffered a jolt after their players refused to train for the same reasons ahead of the final league games.

Club Africain, however, managed to finish second and will return to the Champions League next year. The Herald