The sweet aroma of the Harare Derby is palpable as Dynamos and Caps United collide at the National Sports Stadium today. 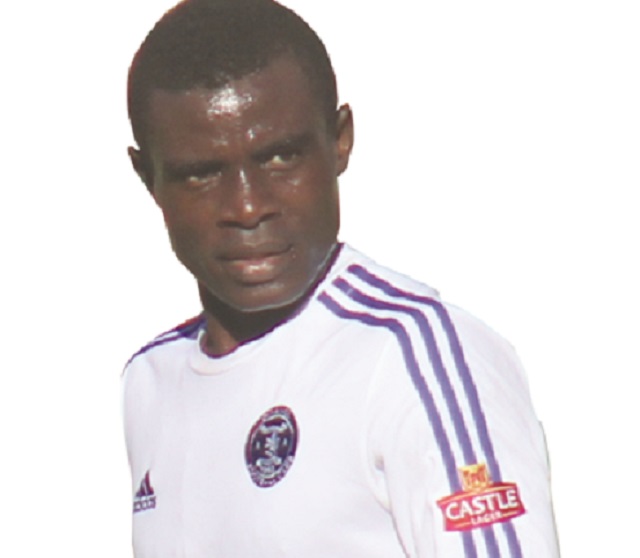 DeMbare are winless in six matches ahead of the clash, which is one of the most important fixtures in the local league.

While Makepekepe’s Nigerian import, Abrasim Chidiebere, is in a good space having opened his account already, DeMbare’s Cameroonian star Christian Joel Epoupa is at the crossroads.

Epoupa’s work permit expired on March 31 and he has been granted a 30-day extension as a mere visitor in this country. The striker dismissed claims that his head has been turned by Ngezi Platinum Stars.

“No, I do not intend to play for any local team. In fact, the advice I would give to any foreign player coming to Zimbabwe is that he should play for the biggest team here and we all know that the biggest team in Zimbabwe is Dynamos,” said Epoupa in a thinly veiled admission that given the right working conditions he would wear the Dynamos blue again.

“I would like to thank everyone who supported and encouraged me during this adventure. It was beautiful and exciting. I will not forget the Zora Butter celebration and the love that the fans have for this team. But I think the truth everyone now knows it. I felt what I felt and endured the pain for a long time, much more than you can imagine. There is only so much pain a man can take.”

While Epoupa sings the blues at Dynamos the imposing Chidiebere, who opened his account against Herentals last Sunday, plans to keep scoring for the Green Machine.

“My target this season is to score 20 goals and claim the Golden Boot,” said the 26-year-old striker.

Chidiebere was initially deemed surplus to requirements by Lloyd Chitembwe but worked his way back into the coach’s favour.

“Caps United is my home and I was a bit disappointed when the club did not register me at the start of the season. However, I just vowed to respect my contract and keep training.”

“He has already added value to the team and remains an important part of the team. I am happy with his contribution and I certainly believe he is going to give us more goals,” said the Caps mentor.

For Lloyd Mutasa the need to get his misfiring side scoring again is apparent and the DeMbare mentor has called on his club’s fans not to boycott this afternoon’s match.

“They (fans) have always been part and parcel of this institution and I would like to thank them for their support, especially those that travelled with us to Kariba last week. Things will soon work out. If you look at the arsenal that we have then you can only have hope that the turnaround is near,” said Mutasa.

The Dynamos gaffer tinkered with formations recently as he searches for his first win of the season. It does not need a rocket scientist to tell that limping DeMbare go to the match under pressure, but of course, derbies have always torn the form book apart and the better team of the day is likely to walk away winners.  The Sunday News