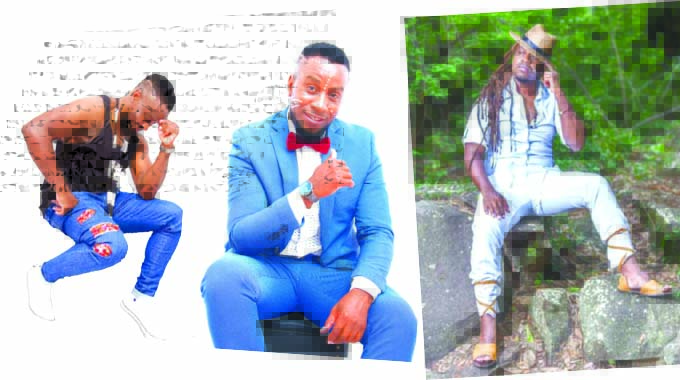 This, even though he has produced several gospel albums to date and has an eye for fashion and is designing fabulous apparel. It remains his little heralded side.

He has since established two brands Qaya Wear and Jes’us Footwear which means Just-Us, that are especially custom made for hot climates.

Known for his own fancy way of dressing whether it is casual or formal, Willis always goes an extra mile to spruce up a common look into a classic wear.

Life after Afrika Revenge: Taz Moyo on music, fatherhood and…

As a designer, Willis dresses himself and his band in what he calls an Afro Cosmo look which is a cocktail of a cosmopolitan and African look whereby he uses different kinds of material to come up with a unique garment.

As for the Jes’us footwear, he is producing pure leather gladiator sandals for both male and females which are commonly known as maJesus in this part of the world as they are compared to what Jesus Christ is speculated to have worn when he walked on earth.

Now with a staff compliment of three workers, he exports his shoes to the desert lands of Dubai, Botswana and Namibia apart from also leaving a footprint in Nigeria, Zambia and Zimbabwe’s Victoria Falls where his clientele is expanding and the demand is growing monthly.

“My shoes are on demand in the Arab market because they are long lasting, and I sold my first pair in 2014 when the pair that I was wearing caught an eye of a passer-by who bought them for $300 because he noticed that they were not synthetic but where of a genuine skin,” he said.

A light bulb went on in his mind and he never looked back since.

He produces different colours and sometimes adds beads and denim to the shoes to meet the taste of different people and distributes them to retailers in the respective areas.

Recently he has been sporting a new hairstyle, and responding to this new look he commented, “I lost my elder brother Marshal tragically”, he said.

Being a Kore-Kore from the lineage of King Mashayamombe , the father of Mushowane, who bore Kachambwa who then gave birth to his father which is actually a monarchy of Kukachambwa in Dotito, tradition had to kick in.

“As is our custom if you lose someone from your bloodline you pay homage to them by shaving off your hair hence losing your vanity. So I was just following my culture by protecting my ethos as Kore Kore rainmakers and hunters that I cannot even call it a hairstyle.”

He also wears dotted white lines on his face which he clearly states are not cosmetic but are a part of his roots.

He also said that shaving off his hair has had a bearing on his brand. Also considering his fans, Willis had to make the change makes sense with them as well. The result? He then launched an EP called “Nhema” which features two of his late brother’s favourite tracks; one entitled Nhema-a song that he started working on in 2016 and another entitled “Jeka Zuva.”

In the song “Nhema he is requesting for his woman to give her different facets and spice up their relationship and not be a dull dreary lover. He does not want her to follow the usual unexciting housewife routine or dress in a lacklustre traditional way. This may lead him to look at other looking women as he escapes his inert lover.

On the other side “Jeka Zuva” has an emancipatory meaning to the youth of today in Africa and Zimbabwe as it speaks the mind of the young people who are beckoning the sun to rise up and show its beam and rays. The song is giving reference to his upcoming album”Uhuru Independence” which calls for complete freedom and a new dawn.

As a devout Christian, Willis is a praise and worship member at Christ Embassy Church where he plays roles that he is assigned to and even while in church he maintains his fashionable look and still wears and carries the Qaya Roots brand.

It is a refreshing side to a man many haven’t viewed as being a fashionista per se! The Herald

Dembare still stuck in ’63’, the year Mourinho was born