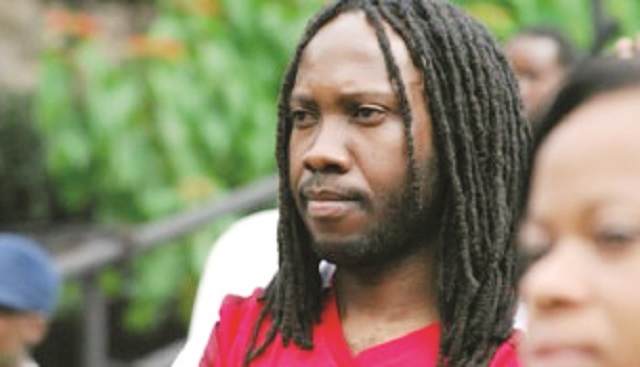 By Bruce Ndlovu
Four years after they announced that they were reuniting, Afrika Revenge front-men Mehluli Taz Moyo and Willis Wataffi seem to have separated again in all but name only, with both seemingly focused on their solo careers.

After the euphoria of the attempted reunion died down, it became clear not just to observers but to their long suffering fans that the duo that had once dominated Zimbabwe with a handful of classic hits would never again be what it once was. A new Afrika Revenge would never see the light of day and Wataffi seemed to have hammered the final nail in the group’s coffin in an interview with Sunday Life last year.

“One of my own conditions was that I would keep my band and solo identity because it is a band that I had been nurturing for nine long years. I couldn’t take a risk on the Afrika Revenge thing because we didn’t know it would work. So basically with nothing coming out of that partnership we basically continued as before and kept our solo identities,” he said.

While Wataffi has been in the spotlight, first for his chart topping gospel single Ngaavongwe then for cutting his trademark dreadlocks after the death of his brother, Taz has largely been missing in action. However, recently there have been flutters from Taz’s camp, with a recently released single promising to take Taz back on Zimbabwean music lovers’ playlists. In fact, according to Taz himself, a lot has been happening behind the scenes while Zimbabweans concerned themselves with the Afrika Revenge reunion that never was.

“I have finished recording my album and it will be called Men at Work. I want to release a single in May before I roll out the album at the end of August,” said Taz in an interview on the sidelines of the recently ended Zimbabwe International Trade Fair (ZITF).

While Zimbabweans have been waiting for a new Afrika Revenge project, life has gone on for Taz, as he got hitched at the end of 2015 before he had his first child a few months later. That process of growth, he said, would be captured in the new album.

“The album is about us as men growing up. We’re becoming fathers, husbands and providers and I wanted to capture that in the songs. That’s why I titled it Men at Work because I feel that we’re in constant evolution. We’re all work in progress,” he said.

Years after he emerged as a fresh-faced music conqueror with Wataffi, Taz has changed his outlook on life and music. Not only that, he acknowledges that his body and mind state cannot allow him to give the same energy performances that he used to at the height of Afrika Revenge’s popularity.

“Things have changed. I can’t dance the whole night like I used to back then. Yes, I could do it but it takes another level of preparation and as an artiste I’m no longer in that frame of mind,” he said.

Now in a position to be considered a veteran in his own right, Taz believes he has to keep up with the current trends in music without compromising his own principles.

“I’m constantly keeping tabs with what’s happening because a lot has changed since I came on the scene. However, you can’t allow yourself to be too influenced by what the external environment throws at you. The drive to be a better artiste comes from internal inspiration and I plan to keep it that way,” he said.

The ZITF is an odd setting for an interview with an artiste and Taz acknowledges that his presence there is down to the moves that he is making outside the studio. Although he acknowledges that the musician in him will never die, he has other means of putting food on the table for his young family.

“I call myself an entrepreneur and my company’s name is Tracymason Media. Together with a company called Bayethe we basically run media in retail outlets like Choppies and the Pick n Pay shops among others in Zimbabwe. Soon you will see the growth and the company is developing steadily,” he said.

With interests in both music and business, Taz acknowledges that keeping his family happy is a challenging balancing act.

Despite having clearly moved on from the group that brought fame to his name, Taz acknowledges his fans are suffering from an Afrika Revenge hangover, something that he believes does not need any remedy.

“It’s like having a wife and divorcing her. After that divorce deep down you still know she’s your wife. When people ask for songs from Afrika Revenge I don’t find it offensive. It’s what they want and I’m happy to indulge them,” he said. The Sunday News

I have no beef with Mapfumo: Winky D