After years of serious financial constraints triggered by the dwindling fortunes of the asbestos mining in Zvishavane, Premiership side Shabanie Mine have now decided to sell the franchise of their football club. 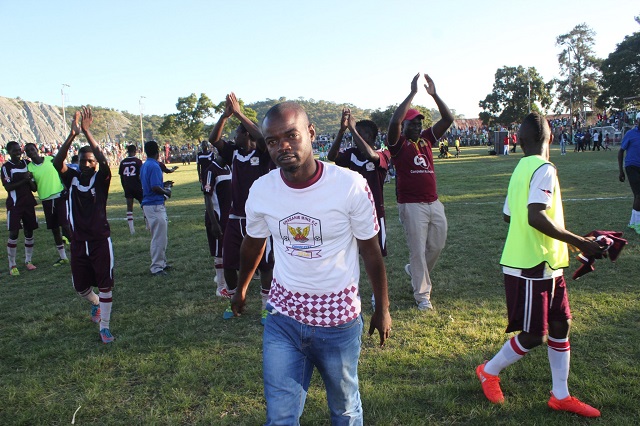 The club has been struggling to meet its fiscal obligations since the parent company, Shabanie Mashava Mines, stopped operating more than a decade ago and the various club executives who came on board failed to attract corporate sponsorship despite the club enjoying one of the biggest support bases in the country.

Bvaru-Bvaru as Shabanie Mine supporters prefer to call their team have been relying on the benevolence of those in their community, but they have been struggling to raise enough for the operations of the team, with some sensational reports suggesting that they even went to fierce rivals FC Platinum with a begging bowl.

This season the Chinda Boys defied odds by surviving the drop despite operating on arguably the poorest budget in the domestic league, and as expected a huge number of their players are busy trying their luck with other clubs that have better financial backing.

The current club executive has been under fire from supporters to address the financial position of the club and early this month fans resolved to fire three members of the management but the move was dismissed as illegal.

Club chairman Elias Marufu who was one of those illegally fired by the supporters confirmed that Shabanie were now up for sale saying there is also a possibility of a partnership depending on the demands of the supposed investor who would have come on board.

“The idea of selling is open if someone comes in and wants a takeover that will be negotiated. They (the company) had wanted partners so that the community still enjoys their team,” continued Marufu.

“If the situation remains like this there is no reason why one will keep an asset that is not giving him anything. As you might be aware this as an asset of the company and there are procedures to be followed.

“But the company had said let us find partners and the team continues to service the community. The possibility of selling is still open though it depends on what the one who wants the team say.

It only depends what they have agreed whether it will be sold or we will have partners.“But as it is those are the two likely scenarios of selling the club or partnering with someone,” said Marufu.

The latest news emanating from Zvishavane is likely to come as music to the Harare City executive which is understood to be eager to soothe the souls of their mourning fans by buying their status back into the topflight, following their demotion to the unfashionable Division One.

Following the announcement, multitudes of the Shabanie Mine supporters who have stood by their team through thick and thin will be holding their breath that whatever the arrangement, the club would retain its name and base in the mining town.

Despite their financial challenges, Shabanie Mine enjoy some of the most passionate support at their hunting ground at Maglas and command a much bigger following than their cash rich Zvishavane neighbours FC Platinum. The Chronicle

‘Bosso brand must be maintained’