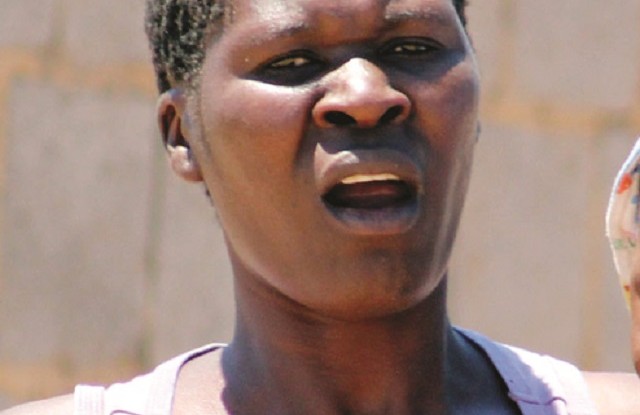 For two days Senzeni Munsaka had sleepless nights, worried about her husband’s whereabouts not knowing he was locked up at a house just a stone throw away.

While she was in a dilemma, her children tipped her that their father was locked up at a shebeen queen’s house and was having a pleasurable time.

Emthunzini residents had a free drama when Munsaka found her husband at Buhle Hadebe’s home, relaxing.

She reportedly shouted at Hadebe calling her names for locking up her husband for two days despite knowing the family was looking for him.

Since the day in question, Munsaka and Hadebe turned into enemies who always fight, entertaining other residents.

Tired of the fights and being embarrassed in public, Hadebe sought a peace order.

“Munsaka is in the habit of coming to my home to abuse me. She is accusing me of being a prostitute alleging that I am sleeping with her husband.“I now live in fear because of her behaviour as she calls me names including that I am a marriage destroyer and is threatening to stone me to death,” said Hadebe.

In her response, Munsaka confirmed the allegations and justified her behaviour.

“My husband spent two days away from home so I approached the applicant looking for airtime so I could phone him and she never mentioned she had seen him.

“Later in the day, my children told me he was at her place and when I returned I found him seated drinking beer.

When I told my husband that we should go home, Hadebe chased me from her home and I failed to understand what was happening,” she said.

However, Hadebe said she was a married woman and the man was just at her home to drink beer and nothing more.

Presiding magistrate Tancy Dube granted the order and Munsaka is not supposed to go to the applicant’s home or verbally abuse her. B-Metro

Marriage on the rocks over underwear