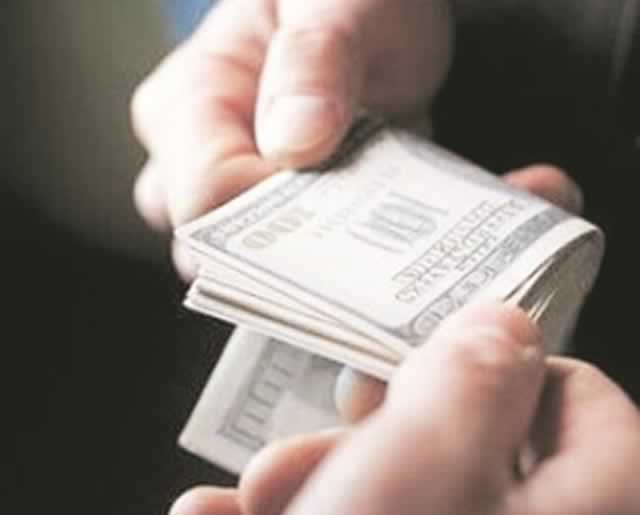 This emerged when Superintendent Nyambo Viera was being cross-examined by Harare lawyer Mr Jonathan Samukange in the case in which Central Intelligence Organisation (CIO) informer Delish Nguwaya is making an application for referral of his matter to the Concourt.

Apart from the alleged $30 000 bribe, the court heard that Chief Supt Majachani and Supt Tachiona were the brains behind extortion of the Chinese business community in Zim- babwe.

Mr Samukange asked Supt Viera to comment on the allegations against the two officers, which had been initially revealed in court by CIO deputy director Mr Kizito Gweshe while testifying.

Mr Gweshe told the court that he had received the information from Nguwaya who claimed that the two senior officers would send him and junior officers to hit targeted Chinese businesspeople before sharing the loot.

However, Supt Viera denied that the mentioned senior officers were corrupt adding that they were investigated and cleared of any wrongdoing. He said Nguwaya implicated Chief Supt Majachani in more than 10 cases.

He further added that there was no need to interview Chief Supt Majachani over the allegations by Nguwaya saying there was no nexus linking her to the offences.

Mr Samukange then questioned: “Gweshe informed this court that Nguwaya told him that in his presence, Majachani and Tachiona received $30 000 as bribe from Croco Motors, what would be your com- ment?

“That is incorrect, no one was interviewed about Moses Chingwena’s (Croco Motors) case as he never reported against the senior officers so it was Nguwaya who merely said so. Chingwena was not co-operating with the investigating officers,” Supt Viera said.

They are accused of extorting about $20 000 from Baoning Guo, a Chinese national.

It also emerged in court that Supt Tachiona was the one who assembled the accused persons and ordered them to hit on Guo, who was his friend.

The court also heard that according to Nguwaya, Chief Supt Majachani would befriend the Chinese business people before sending the ‘team’ to extort money from them.

“When Gweshe testified, he said from the information he got from Nguwaya, Majachani would befriend the Chinese community, get to know them, how they operate and how they bank their money. She would then give the information to Tachiona and the junior officers including Nguwaya and would send them to extort them. Did you investigate all these allegations? Mr Samukange asked.

In response Supt Viera professed ignorance of the said allegations adding that during the course of their investigations, Mr Gweshe never mentioned anything about the particular allegation against Chief Supt Majachani.

Mr Samukange further accused Supt Viera of removing a document from the docket, which had evidence linking Supt Tachiona to the offence of extortion which Nguwaya is being charged with.

Mr Samukange said to substantiate his claims, which he gave to the CIO as an informer, Nguwaya told the CIO that the day before Guo was extorted, he had exchanged several calls with Tachiona and to prove that he (Supt Tachiona) was also in the game, he obtained a printout from his service provider.

According to the defence, the print- out showed that there were 17 calls made between Nguwaya and Tachiona a day before the offence was com- mitted.

“Why did you remove the call history from the docket when you took it to the NPA?” Mr Samukange asked.

The police and the CIO recently set up a task force to cleanse the security forces of corruption after Nguwaya supplied information to Mr Gweshe on alleged corruption involving members of the CIO and top police officers.

Addressing the court recently, Mr Gweshe said as a team which included Supt Viera, a deputy inspector Mandizha and a district intelligence officer Mpengesi, they interviewed Nguwaya and agreed that they wanted to use him as a witness after giving them all the information implicating senior officers, which he did.

After getting the information, in some parts Nguwaya giving self-incriminating evidence and recording a statement, Mr Gweshe said Supt Viera, who was leading the police in the task team, decided to charge Nguwaya.

And for that reason, Nguwaya, who is now an accused person, is making an application for referral of his matter to the Constitutional Court.

“I had explained to my team that Nguwaya did not qualify to be a State witness and that he was not a proper candidate for immunity but Mr Gweshe beseeched us saying he had given Nguwaya his word that he would protect him and I was disputing the need to give him immunity because the information he was giving us was fake,” Supt Viera said in his evidence in court.

The matter continues on June 26 before magistrate Mr Temba Ku- wanda. The Herald