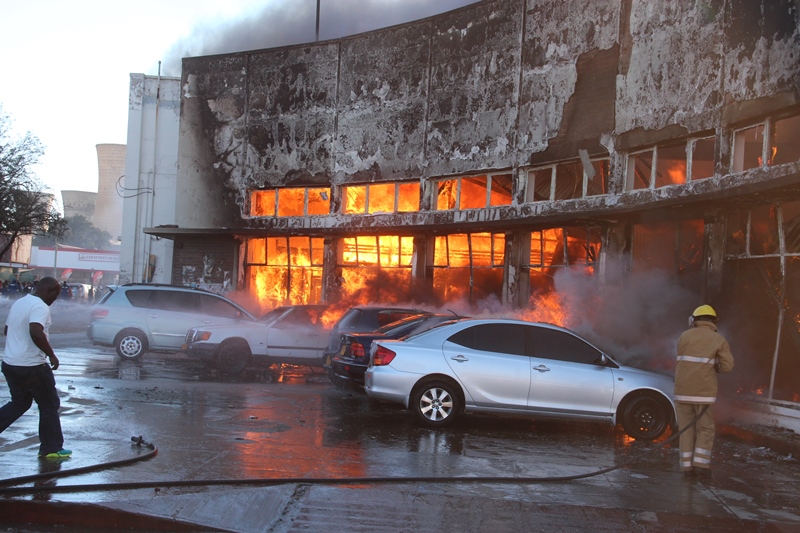 It is suspected the inferno was caused by homeless people who were sheltering inside the building and the situation was worsened by fuel which was kept in the building by illegal fuel dealers.

No one was injured in the fire while the value of the damaged property is yet to be ascertained.

The building which is at the corner of 11th Avenue and Joshua Mqabuko Nkomo Street near Magnet House, was torched at about 2PM. 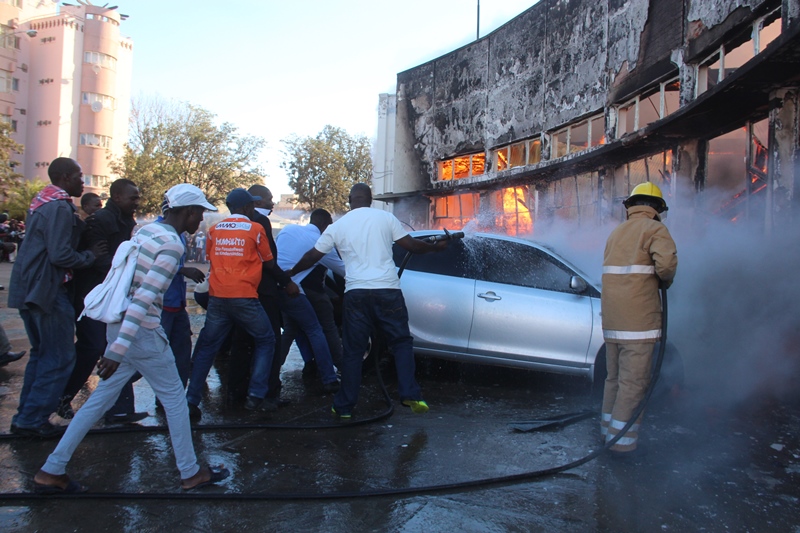 The raging fire attracted scores of people who watched helplessly as the flames devoured the building and reduced five vehicles that were parked near the building to shells.

A few brave onlookers however managed to save the other vehicles that were also parked near the building.

A BMW, Mercedes Benz, two Honda Fit vehicles and a Toyota Allion could not be saved from the menacing flames. 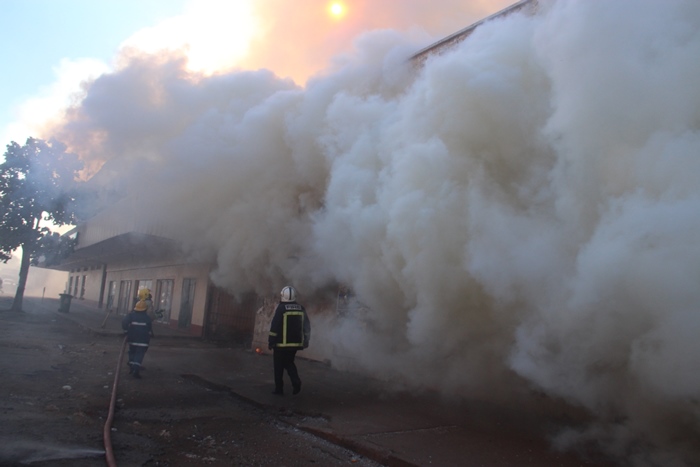 The city’s fire fighters and the few daring members of the public became the day’s heroes as they teamed up to put out the fire before it spread to the adjacent Magnet House.

Joshua Mqabuko Nkomo Street and 11th Avenue were partially closed to allow the fire fighters to do their work.

A drone whose operators were unidentified flew across the scene as it took aerial pictures of the inferno with some members of the public assuming it was the latest technology used in fire fighting.

By 6PM shocked members of the public were still milling around the building with others taking pictures of the shell that was left.

The city’s Chief Fire Officer Mr Richard Peterson said the situation was worsened by petrol which was stored in the building.

He said investigations proved that the building was home to street kids and was also used to store fuel by illegal fuel dealers.

“We found two pots, a number of plates, tomatoes, onions mealie meal and isitshwala/sadza. It shows they were using the fire to cook. We also suspect that there was fuel that was kept in the building by illegal fuel dealers,” he said.

Mr Peterson said the value of the property that was destroyed by the fire could not be immediately ascertained. He urged property owners to secure their unoccupied buildings to ensure they are not used for dubious activities. The Chronicle

Cde Chinx (1955-2017): One of the last anti-imperialist artists to come from Zimbabwe

Billiat breaks Mugeyi’s record, on the verge of…

‘We are being misled, Gvt is the problem in currency…