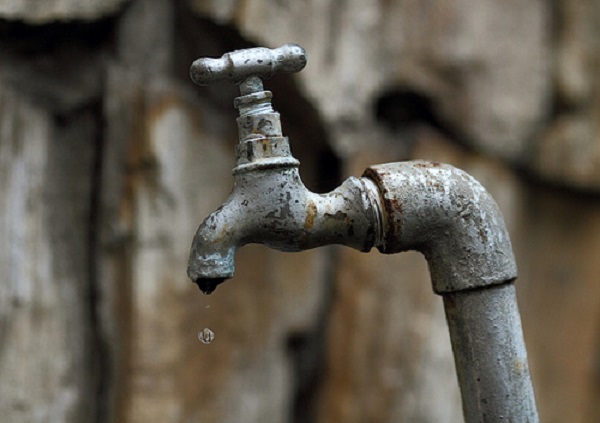 In more depressing news for  Harare residents , the city council has warned that it will continue to cut water supplies even after it completes the refurbishment of its biggest water treatment plant — Morton Jaffray (MJ) — which is expected to increase supplies to both industry and domestic users.

This comes as the refurbishment of MJ has been extended by a further nine months due to a funding crisis.

Briefing journalists during the tour of MJ this week, Harare City Council (HCC) director of water Hosea Chisango said the rationing regime would continue until pipe replacements have been done — several months after the refurbishment of the water treatment plant.

“By year-end, we anticipate to produce 620 megalitres for Harare.

‘Tagwirei wanted to get Rufaro Stadium for 30 years…

“We expect it to cover at least 85 percent of the population but we will still have water rationing while other areas will go back to daily supply.

“Going forward, we first want to replace the pipes and reduce losses, then later explore new sources of water.

“We need to replace pipes that are already on the ground if we are to bring Kunzvi Dam into Harare’s plans because without that, we will simply lose the water. Our losses are 65 percent, which includes physical losses and non-functional meters,” Chisango told journalists.

“What we want is to reduce the losses to 20 percent. After we have done replacement, we will require a leak detection system in our network,” he added.

Harare Water supplies potable water to Harare and the surrounding local authorities of Chitungwiza, Epworth, Ruwa and Norton town councils with a combined estimated total population of about 4,5 million people.

The infrastructure was upgraded progressively with the last phase commissioned in 1994 to supply 1,5 million people.

There has not been any upgrading of the infrastructure since the last phase of MJ.

HCC expects a fully-refurbished MJ to reduce physical water losses by 72 million litres per day, increase the city’s supply coverage to 72 000 households, reduce non-revenue water by 25 percent and increase revenue by about $21,6 million a year.

The city fathers have been battling a serious water crisis for years now due to old infrastructure, which has seen the council failing to meet residents’ full demands.

HCC requires a total of 800 megalitres a day to meet its demand, but the city is currently only able to pump 450 megalitres, prompting authorities to introduce water rations in many areas.

As one of its measures to have a grip on the water crisis, HCC is mulling a full-scale roll-out of water inflow limiters, to compel residents to conserve the scarce resource.

Harare city has a distribution network of 5 500 kilometres of pipe network, which is linked to 15 booster pump stations, 28 reservoir sites and 200 000 customer connection points.

The city is fighting its worst water crisis in history, as thousands of households have spent almost 18 years without water due to broken and antiquated equipment and infrastructure. Daily News

Tsvangirai in catch-22 as 2018 elections beckon