The Medical Control Authority of Zimbabwe (MCAZ) has directed CAPS Pharmaceuticals to recall from the market 170 000 units of the popular 4Cs syrup used to treat children with flu and cold, due to suspected contamination. 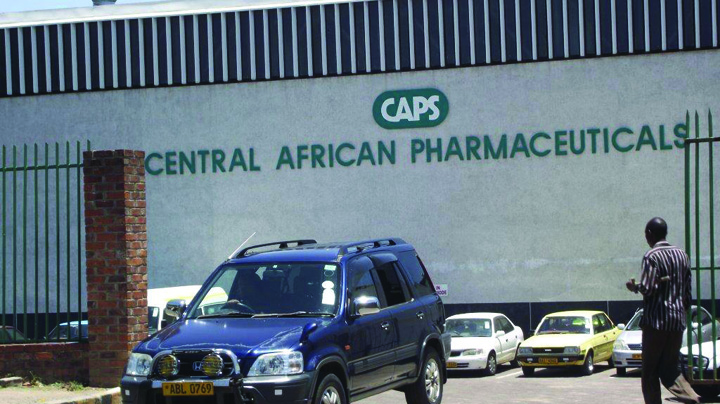 The syrup, released into the market in six batches of 28 000 units apiece, is presumed to have contamination in the form of black materials concentrated mainly inside the screw cap.
Three batches were recalled at the beginning of last week, but towards the end of the week, the number of recalled batches had risen to six.

This is probably the largest product recall in Zimbabwe in recent memory. Around 2006, one of the country’s largest producers of cooking oil reportedly recalled a huge consignment that had been contaminated during the production process.

“We have been directed by MCAZ to issue a Class II product recall on 4Cs batches 002016; 001116 and 003017 due to suspected contamination with back material concentrated around the screw cap,” reads an email sent to wholesalers and retailers by CAPS pharmaceuticals at the beginning of last week.

In another letter, dated May 3, 2017, CAPS Pharmaceutical’s quality assurance manager, Pasipanodya Nyamangara advised the market that the number of suspected contaminated batches had risen to include batch number 002106, 003096 and 004017. The sale and distribution of these batches were immediately ordered to stop and the product quarantined.

“If you are a wholesaler, we kindly request you to collect from your retailers for collection by CAPS. Retailers are required to return the product either to CAPS or wholesalers from whom they sourced it. This process is expected to be completed in 14 days,” reads part of the letter.

Sources privy to the development told the Financial Gazette that MCAZ received a complaint from a local pharmacy and tracked the distributor who supplied the pharmacy with the product.

They picked samples from the distributor and are currently carrying out tests, the results of which will be notified to CAPS Pharmaceuticals.

“MCAZ then asked us to carry out our own internal investigations to establish what happened and that process is still on going,” said CAPS Pharmaceuticals sales and marketing manager, Robson Mafongoya, in an interview with the Financial Gazette this week.

“However, a preliminary report regarding the contamination was submitted to the regulator last week. Unfortunately, we cannot disclose our initial findings as our report is still with the regulator,” he said.

He added that the recalling was a precautionary measure to ensure that if the contamination is found to be potentially harmful, customers would be safe, but there are still unaffected batches in the market and customers can buy these from pharmacies.

It could not be easily established if the drug manufacturer has suffered any significant financial loss due to the recalling.

“It’s too early to tell. The regulator may say it was harmless dirt and these things happen as the product moves in the supply chain. In that case, no financial loss will be experienced. So until investigations are done from our side and the regulator’s end we cannot say conclusively that there was a loss,” said Mafongoya.

However, the recalling poses a significant dent on the pharmaceutical company’s professional standing and, if the report from the regulator confirms that it is a harmful contamination, this may further compound its mounting woes.

“Why don’t you talk to CAPS (Pharmaceuticals) or MCAZ,” said the association’s chairperson, Emmanuel Mujuru.

“These are the best people to talk to since they are the ones with actual details of what transpired,” he added.

The regulator’s spokesperson, James Rukwata, said he had received the Financial Gazette’s enquiry, but had delegated the task of responding to his subordinate, a lady only identified as Kadare.

“I am currently out of the country, get in touch with her, she will assist you,” said Rukwata.

However, Kadare said the response was still under review by the time of going to print.
Government recently took over CAPS Holdings’ drug manufacturing unit, CAPS Pharmaceuticals, and Health Care (Private) Limited — two entities which used to be part of the group.

The pharmaceutical company was once one of the largest drug manufacturers on the continent, but ran into problems a few years ago due to mounting debts.

Government’s failure to pay for drugs and an influx of cheap imports further compounded the company’s woes.

Government is the largest customer for pharmaceutical products manufactured in Zimbabwe. Financial Gazette