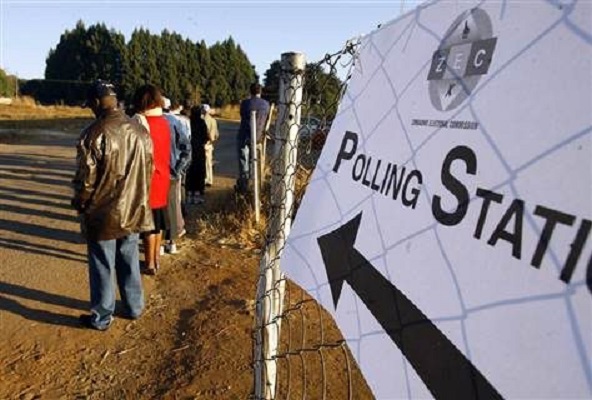 Zimbabwe Election Support Network (Zesn) is concerned about reported cases of intimidation, vote buying, selective application of the Public Order and Security Act and abuse of traditional leaders which have characterised the campaign period in the run up to the Mwenezi East by-election.

Zesn national director Rindai Chipfunde-Vava said the scale of the alleged violations have resulted in one of the candidates, Kudakwashe Bhasikiti of the Zimbabwe People First withdrawing from the polls.

In his letter to Zec, Bhasikiti alleged that top Zanu PF officials, including minister of State for Masvingo province Shuvai Mahofa threatened to unleash terror on voters in the constituency he occupied before being expelled from Zanu PF on allegations of belonging to former vice president Joice Mujuru’s faction.

“Zesn has received reports from its observers in the constituency highlighting the various electoral violations which include; vote buying using farming inputs and food handouts, voter intimidation, abuse of traditional leaders and refusal to grant clearance to opposition political parties intending to hold rallies.

“Zesn is concerned that there are deliberate attempts to influence voting patterns using access to food which is regrettable as the people of Mwenezi are particularly vulnerable owing to poor rainfall patterns in the region in which the constituency is located.

“For instance, in ward 13, there are allegations that the village head indicated to his subjects that he would distribute food from the ministry of Social Welfare to only those who have proof that they registered and are members of the ruling party,” said Chipfunde-Vava.

She said election campaigns in Zimbabwe are regulated by a code of conduct for political parties as contained in the Fourth schedule of the Electoral Act.

The Fourth schedule guarantees that everyone has the right to freely express their political opinion, campaign and canvass for membership and support from voters.

“Despite the existence of these provisions, Zesn notes that the electoral playing field remains skewed in favour of the ruling party candidate which enjoys the power of incumbency and is reportedly using traditional leaders to canvass for votes, in contravention of Section 45(2) of the Traditional Leaders Act.

“Furthermore, Zesn observers have reported that there are numerous incidents of intimidation of people suspected to be supporters of the opposition political parties.

“It is alleged that village heads have been instructed by Zanu PF not to allow the opposition especially Bhasikiti to campaign in their various communities.  For instance, at a meeting held on 7 March 2017, at Rata Business Centre in ward 2, Zanu PF councillors threatened to take unspecified action on those who did not attend their rally and vowed to stop the opposition from campaigning in the area.

“Zesn calls upon the political parties, candidates, the police, the election management body, the government of Zimbabwe and all other stakeholders to make concerted efforts to support the creation of a conducive environment for the holding of free, fair, credible and peaceful elections in accordance with the Constitution of Zimbabwe, Sadc guidelines and norms, AU Charter and the international standards for holding elections.”