The growing bond between Zimbabwe and South Africa in terms of how the two countries develop their football is set to be further strengthened this weekend when ZIFA president Philip Chiyangwa meets his South African counterpart Danny Jordaan in Durban today. 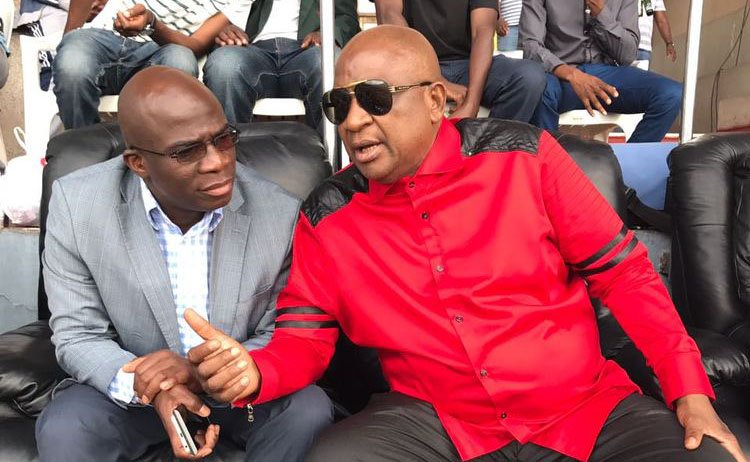 The two countries have established a special bond since their two leaders plunged into the trenches to lead the battle for the removal of CAF president Issa Hayatou from power last week.

Jordaan, who organised the 2010 FIFA World Cup and won a place on the CAF executive committee in Addis Ababa, Ethiopia last week, has invited Chiyangwa to Durban for further consultations.

The Harare businessman is expected to be the SAFA boss’ special guest when Bafana Bafana take on Guinea Bissau in an international friendly at the Moses Mabhida Stadium in Durban today.

“I have been invited by the SAFA president Danny Jordaan, who is a brother, to be in South Africa tomorrow and we will take this opportunity to discuss how we can continue our partnership in terms of developing our football on both sides of the Limpopo,” Chiyangwa told The Herald.

“We are not an island as ZIFA and we cannot survive on our own and we need to have a number of friends all over the world, who can help us transform our football and Danny is one of them and I am happy that I will be with him this weekend.

“When you have a man who has organised a FIFA World Cup, it means he knows a thing or two about this game and such partnerships are important going forward and, remember, I am also their leader as the president of COSAFA and we can exchange notes about our football and our region.

“Things are changing in football at regional, continental and world level and when I tell you that they will never be the same again you have to take my word because I know where we are going and it’s a good place.”

Jordaan was a guest on SuperSport’s weekly football magazine show ‘Soccer Africa’ and praised Chiyangwa’s role in the ousting of Hayatou and said this was a new era for the game in the region and on the continent.

He said the gathering of football leaders in Harare for Chiyangwa’s birthday party was a key event in the coup that ousted Hayatou and told the continent that COSAFA now had a number of new football leaders, like the Harare businessman, who were fearless and did not carry the baggage of having been part of Hayatou’s camp in the past.

The SAFA boss said he expected the financial affairs of the national associations in Africa to improve after the ousting of Hayatou, as more money was now likely to be injected into the football controlling bodies unlike in the past.

Chiyangwa is likely to come face to face with one of Hayatou’s biggest supporters, Guinea Bissau Football Federation boss Opes Manuel Nascimento, who led the campaign to keep the Cameroonian in power to the extent of even saying he would quit his job if Ahmad won the CAF presidency.

The ZIFA boss continues to be saluted by football leaders across the continent, with Lesotho Football Association president Salemane J Phafane being the latest to write to the Harare businessman.

“He further on his behalf and on behalf of the football fraternity in the Kingdom of Lesotho, wishes to thank you for the role you played in the creation of a new dispensation in the CAF.

“While you worked overtime to ensure the delivery, the president implores on you to take a moment to revisit your spiritual leader in God Himself. It is through the doings of the Almighty that you were able to write the new chapter in African football. He further wishes you the best in your endeavours.

“On behalf of the president, please accept our sincere show of commitment to COSAFA under your leadership.” The Herald