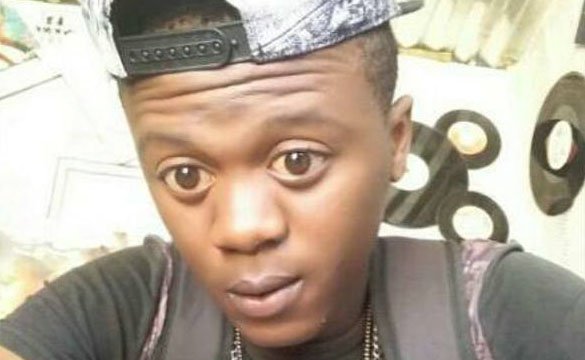 Upcoming dancehall artist, Jahnoz has raised the Zimbabwean flag high after being the only one to feature on the latest Jamaican riddim called ‘the Gum N Grabba’ with Sean Paul and Dermaco.

The riddim was produced by Jamaican award winning producer Esco, the same producer who did the Bennie Man and Bounty Killer collaboration and it features big names in the dancehall music scenes.

In an interview with CLS, Jahnoz said he was very happy about his achievements and attributes his success to God.

“I am a big fan of reggae and dancehall and I am up to date with what is going on in Jamaica.

Trevor Dongo accuses Poptain of stealing his beat for new…

“I am also a fan of all these big artists that are on this riddim and I respect all of their work. It is such an honour to work with them.

“I just thank God for everything,” he said.

Jahnoz has already signed a contract with Zimbabwean producer based in Bangladesh, Abra Simzz under Abra Tribe record label which he is ecstatic about.

“I have always loved to work with Abra. He is like my brother and I love his work ethic. He is the best person I could ever work with and he pushes me to do big things.

“I have no doubt that he is going to take me to the top,” said Jahnoz.

The young artist has a unique versatility and clever wordplay in his lyrics both in Shona and English.

At only 19 years, he has already collaborated with award winning Jamaican songbird Alaine and continues to show lyrical maturity way beyond his age.

Jahnoz is one of the young artists alongside Nutty O and Poptain who could drive Zim dancehall beyond national borders and he is promising more to come.

“With collaborations with Dwayno and Alaine, I have many more collaborations lined up with more international acts that you need to watch out for,” he said.The Herald

Poptain opens up on childhood sexual abuse and exploitation by ‘Mbingas’