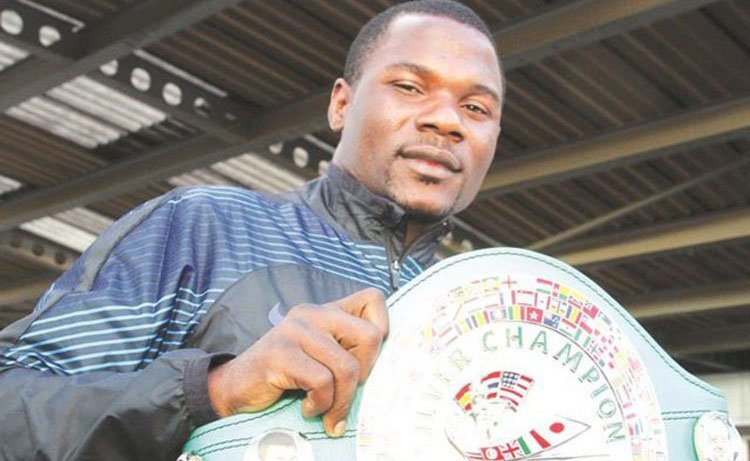 The Zimbabwean boxing superstar is seeking to retain the WBC welterweight silver belt he won against Dmitry Mikhaylenko of Russia last May.

The 27-year-old has been in Singapore since last week where he has been the star attraction with a number of media organisations interviewing him. And yesterday he said he is geared up for the fight.

“I am ready and I will do my best. It’s a new game,” said Manyuchi.

With all the attention on Manyuchi, as the nation hopes for another success stry when he steps into the ring today, his father Otis has no doubt his son will bring back the belt.

“I was speaking to him now (yesterday). . .I can say the belt is coming back. I spoke to him and told him that I want him to take the earliest opportunity that comes his way to beat his opponent.

“He doesn’t have to wait to go all the way to the last round.

“This is sport, I am a former lightweight champion for Zimbabwe and I am used to it. His mother has been into sport and his brothers are in sport, so when he goes out to fight we expect something good because it’s a family thing,” said Otis.

The 59-year-old said while Manyuchi has more fights compared to his opponent, this is a new fight and his son should not underrate his opponent.

“As a former boxer I know all new things are tough, you don’t take anything lightly. He has to take it as an important fight and should not underrate him because it’s a new fight.

“All I want is for him to knock him (Abduqaxorov) out. I wish him (Charles) the best. I am with him and God is with him. I wish him to make the country proud.

“Most of the time I travel with him and I was supposed to go with him but I could not because of money.

“The guy (Abduqaxorov) is still young, he is 23 years, he has few fights compared to Manyuchi. He is unbeaten and I believe he has not met a real boxer but I wish him the best also,” said Otis.

The fight is the major drawcard on what has been dubbed ‘Battle of Champions: Road to Glory’ event. The Herald