A mooted coalition based only on “Mugabe Must go” as the main ideological masterpiece designed to unite over forty opposition parties to confront Robert Mugabe in 2018, will not only fail but will be remembered as the greatest betrayal of Zimbabwean people in the history of mankind. 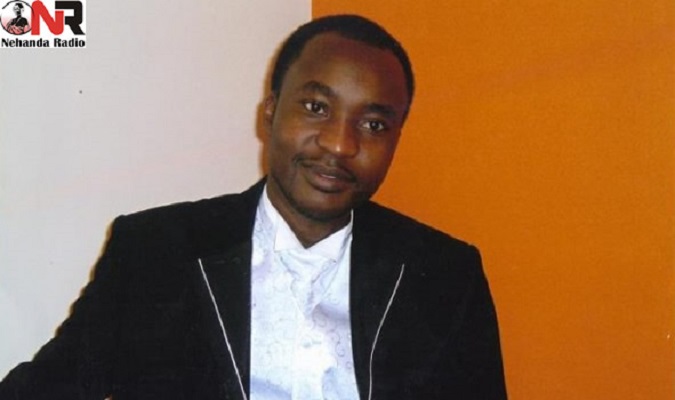 Who will be in that Coalition? Over 40 political parties: Circus at its best

Judging by the number of political parties being registered on daily basis, one can only conclude that people really take the masses for granted and seems like it’s a money making scheme, or is it that people doesn’t have much to do with their precious time, or they just dream as President, then register a political party hoping to fulfill their dreams.

I observed with much disappointed that people in Diaspora mainly  in Europe and US have joined the bandwagon, forming meaningless parties, reading their manifestos one will realise that they are out of touch with African political shenanigans hence their misinformed decisions influenced by watching too much debates in British parliament or US Presidential debates.

Tagwirei is a fugitive of parliamentary scrutiny:…

They are bound to be disappointed and return to their bases broke and join the shifts crew. One actually said he want to provide free meals to all school children in Zimbabwe within first 100 days in office!! Honestly speaking can we take such people seriously?

Politics is a numbers game. But who has the numbers?

Numbers determine all sorts of things: whether a party makes it into Parliament in the first place, whether a party gets to govern, whether they’re successful with legislation and in terms of this argument, whether they have the numbers to lead. If one can’t put numbers into perspective then he/she must steer clear of politics.

Maybe my history is a bit hazy but if my memory serves me well, there are about fifty or more registered political organisations in Zimbabwe in which 99.99% are now well known and famous for electoral defeats in all by elections at ward, council and national level.

Since Morgan Tsvangirai opted not to contest, no opposition party managed to win even a single seat, not only that but received paltry votes. Norton by-election won by an independent candidate but with help from MDC-T, is only notable achievement but not forgetting that the same candidate lost on his own in Hurungwe West not long ago. Then enters ZIMPF, they lost dismally in Chiredzi ending any hopes of having a new player to galvanise the electorate meaning we are stuck with two major parties, ZANU PF and MDC-T.

Coalition not a viable option at this juncture

In many democratic countries, there are many political parties with a significant level of popular support in elections. This means no one party usually can gain more than 30% of the seats in the parliament or national assembly, so it is necessary for several parties to come together to form a viable coalition/government, generally under the leadership of the leader of the largest party involved. But in our case the situation is opposite. Only one political party led by Morgan Tsvangirai is capable of garnering at least 80% of the votes if the electoral field become even. In that case what then is the role of other smaller or unknown parties pushing for the coalition? I can only foresee Confusion and infighting for positions.

Selfishness is pulling our country back

Perennial wisdom dictates that “Insanity” is doing the same thing over and over again and expecting different results. We all know Zanu PF’s divide and rule tactics since 1980, we can’t afford to keep on crying while repeating same things and wait to cry again.

What will happen if Welshman Ncube, Tendai Biti, Joyce Mujuru, Elton Mangoma, Simba Makoni, Egypt Dzinemunhenzva, Lovemore Madhuku and all unknown leaders of the likes of NDU, PPP, ZPD, ZUPCO etc including the Protesting movements like #ThisFlag and Tajamuka expend their energy mobilising people on behalf of Morgan Tsvangirai from now on till election day in 2018?

Its possible Bob will fall but it’s not possible because everyone want to be President of Zimbabwe. Some are even pushing for an independent presidential candidate? Really.

It is their democratic right to contest but honestly we know nothing will come out of it. Some doesn’t even have structures or money to campaign beyond their villages or households. Only problem the moment they register to contest they become willing tools to be used for rigging by ZANU PF. How? Let’s look back to 2008, Mavambo was formed 3 months before the elections, Mavambo received more than 200 000 votes stolen from Morgan Tsvangirai strongholds, the very lame excuse used to claim that MT failed to garner enough votes to have an outright victory. Something similar will happen in 2018.

Coalition of People against ZANU PF is the way forward

If the above mentioned opposition leaders are genuine about loving Zimbabwe, they should simply mobilise people on behalf of Morgan Tsvangirai as 2018 sole candidate to stand any chance of removing Mugabe from power. Forget about coalition positions.Another realistic option is to reconcile the opposition leadership, amnesty for all rebels, re-join and contest on MT ticket. We can’t afford wasting time negotiating for positions.

We need transitional democracy if there is such a thing because to continue with a dictatorship masquerading as guided democracy is not going to work. And Morgan Tsvangirai can be transformational leader who can take us to a different political dispensation which will allow the paving or levelling of the electoral field to allow all interested citizens to participate in the 2023 elections and beyond.

Elijah Mangwengwende writes in his personal capacity and an opposition activist aligned to MDC-T.

Political gamesmanship behind the Bonus Crisis

Tagwirei is a fugitive of parliamentary scrutiny: ex-minister Tendai Biti