A man from Inyathi who fatally struck his wife five times with an axe in front of their four minor children accusing her of infidelity, was yesterday jailed for an effective 30 years. 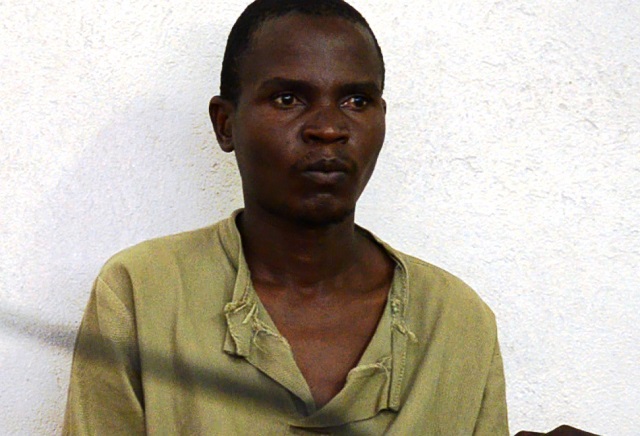 The eldest daughter aged 8 years narrated in court how her dad axed her mother Thobekile Ncube, who was 26, last year in December.

With Mr Elias Ndlovu and Mrs Annette Moyo agreeing as assessors, Justice Takuva ruled that Moyo’s moral blameworthiness was high as he acted on mere suspicion that his wife was cheating on him.

“The court should pass a sentence that fits the circumstances because society expects it to sufficiently punish offenders. If that’s not done, society will take the law into its own hands which prejudices the justice system,” said Justice Takuva.

The court dismissed Moyo’s evidence-in-chief as ‘nonsensical and incredible’ and ruled out provocation and self defence which he had alleged.

“You are sentenced to 30 years in prison,” said Justice Takuva.

Nothing was suspended. Moyo had told the court that he acted out of anger following his wife’s infidelity and later claimed he acted in self defence as she was violent and would beat him up at any given opportunity.

He told the court that on the day the assault took place, he spotted a male person leaving the homestead in the early hours as he arrived from his workplace but the wife instead became harsh when he quizzed her.

“As a man I would question things I don’t understand at home but each time she would beat me up and sometimes would use a weapon,” said Moyo.

He said his wife always received calls and messages from people he suspected were her boyfriends and she destroyed a sim card to conceal evidence.

After killing his wife, Moyo dragged the body into a hut and washed his hands and axe before fleeing from his homestead as neighbours gathered after being alerted by his eldest daughter.

The daughter said: “I heard my mother screaming and when I rushed to check she was lying on her stomach in a pool of blood as he struck her. He then stood next to the body holding a blood stained axe. After that he dragged the body into the kitchen and left it.”

The girl rushed to inform a neighbour Mrs Siphathisile Ndlela who informed other villagers and they rushed to the scene.

There was a hilarious moment during trial as Moyo, who took more than two hours to deliver his evidence in chief, demonstrated how he wrestled with his wife who he claimed had picked an axe intending to strike him as he hid in a kitchen hut after she had slapped him.

Prosecutor Ms Namatirayi Ngwasha had to seek the court’s indulgence for Moyo to demonstrate events of the fateful day on a prison officer, sending the gallery and bench into laughter.

The prosecutor said the murder occurred on December 12 last year at the couple’s homestead at Stand 16, Village 9 Inyathi.