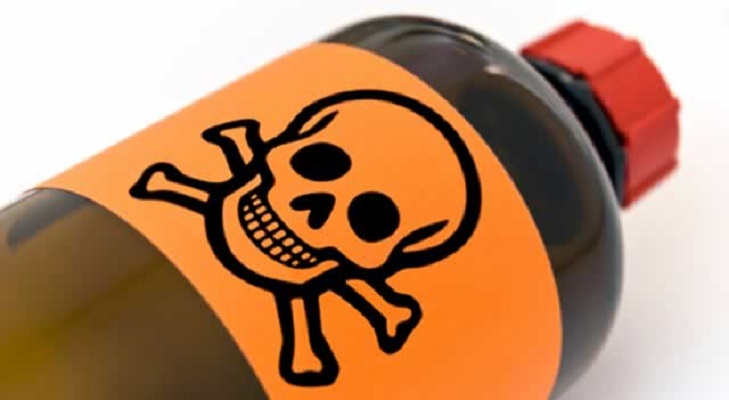 A man from Lupane allegedly committed suicide by drinking a pesticide to avoid arrest after allegedly raping his young brother’s wife.

Ngoneni Ngwenya (49) from Mpahlwa Village 3 under Chief Mabhikwa died at St Luke’s Hospital last Tuesday moments before prosecutors could charge him with rape on his hospital bed.

Neighbours said he behaved like he was possessed a few days before the sex attack last Friday.

“Ngwenya continually chanted that he was going to rape someone and commit suicide, in a chilling voice,” said a neighbour.

Man killed in dispute over cap

Ngwenya, villagers said, stayed alone at his homestead after his wife deserted him when she was impregnated by a neighbour.

They said the woman disappeared on the day she was supposed to appear in court with her alleged boyfriend for infidelity.

The woman reported him to his maternal aunt and he consumed a cotton pesticide on Saturday.

The Chronicle heard that Ngwenya’s body was awaiting a postmortem at St Luke’s Hospital mortuary.

“I am aware there is such an issue in my area although there was no official report. I heard someone was rushed to hospital after consuming poison and later died,” said Chief Mabhikwa.

A neighbour who found Ngwenya writhing in agony in the bush on Saturday said: “We found him in the bush where he had fled to and consumed poison. We immediately informed police who rushed him to St Luke’s Hospital where he was admitted.

“What happened is that on Friday Ngwenya went to his young brother’s homestead at 10PM and knocked at the door upon which the unsuspecting woman (24) opened for him. He sat on a sofa and harshly ordered her to sit next to him. He started fondling her and raped her while the kids were sleeping,” said the neighbour on condition he remained anonymous.

“The woman went to report the matter to her husband’s maternal aunt in the morning and the case was reported to the police. When he heard that police were looking for him, Ngwenya fled into the bush where he took cotton pesticide.

“That’s when we came across him in the bush,” said the neighbour.

Police provincial spokesperson for Matabeleland North Assistant Inspector Eglon Nkala could not comment on the issue as he was out of office. The Chronicle

Man killed in dispute over cap