Lloyd Chitembwe said the victory over a new-look Dynamos in the ZNA Charities semi-final at the National Sports Stadium was a worthy preparation ahead of more important games in the Champions League where they face African giants TP Mazembe in the first round next month. 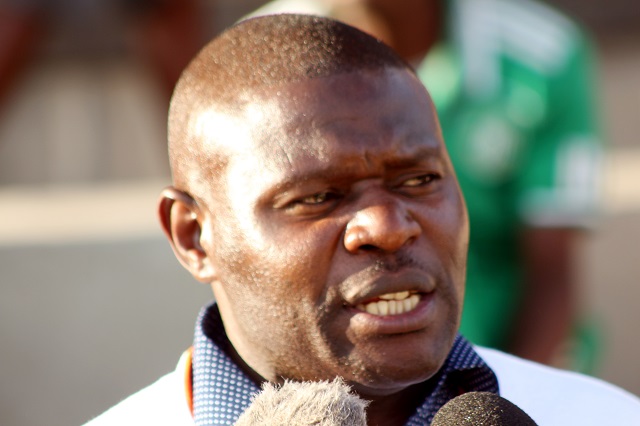 Veteran forward Leonard Tsipa was on target on the half hour mark to double the lead after Wisdom Mutasa had earlier on helped the ball into his own nets.

It was probably a day of misfortune for Dynamos after the club’s board chairman Bernard Marriot was also briefly arrested by the police following a scuffle with a freelance journalist Tendai Ndemera.

Midfielder Denver Mukamba pulled one back for Dynamos in the first half following a defensive gaffe involving goalkeeper Edmore Sibanda and Valentine Musarurwa.

He was a genius, a terror for defenders

But ruthless Makepekepe were always looking the better team with their early pre-season preparations paying off for them.

Caps United had to start their 2017 preparations much earlier because of their commitments in the Champions League.

Substitute Dominic Chungwa put the game to bed with a late strike to book a berth in the final against the winner between Highlanders and FC Platinum in the other semi-final on March 26.

Chitembwe however, is looking far beyond their rivalries with Dynamos and the ZNA Charities tournament.

The Green Machine coach was happy to see his team scoring goals especially after getting two at the same venue last week in the Champions League preliminary round win over Lioli of Lesotho.

“The opportunity to play a game, I think, is more valuable than anything else. So we are very happy with this kind of preparation before the TP Mazembe game,” said Chitembwe.

“It’s good always to win games. That’s the most important thing. Football is a game of scores and today we did score.

“Last week we scored two so we are happy with the progress considering the fact that we are still in pre-season and that the team is gelling. It gives me confidence and satisfaction.”

All the same Zvikomborero Biseki and Valentine Musarurwa did not disappoint as the two fullbacks.

Makepekepe want depth ahead of a challenging season in which they hope to succeed on two fronts by defending the league championship and also progressing in the Champions League.

The Green Machine surged ahead yesterday when DeMbare failed to deal with a free-kick flighted in from the edge of the box by Simba Nhivi.

Veteran Tsipa was first to the ball but his header crashed against the cross bar but then the ball came off Mutasa and trickled into the nets.

Tsipa was there to make sure they got the goal but the ball had already crossed the line by the time he slid in.

The reigning Golden Boot winner increased Caps United’s lead with a superb header, again off the crossing of Nhivi.

But Mukamba took advantage of a defensive mix-up to score into an empty net after goalkeeper Sibanda had been called to clear from a poorly done back pass by Musarurwa.

The game took a dip in the second half but there was still time for Chungwa to open his account this season when his shot took a deflection in the 86th minute to beat Dynamos keeper Ashley Rayners.

Despite the defeat, Dynamos coach Lloyd Mutasa was still optimistic with his project.

DeMbare are rebuilding after parting ways with more than half a dozen players who made the core of the team in the last two years. New faces like Emmanuel Mandiranga, Gift Saunyama and Cleopas Kapupurika were given a run.

Although the Glamour Boys showed some positive glimpses, Mutasa said it was too early to judge his new-look team since they are in the early stages of rebuilding.

“Obviously every game that we play against Caps United we would like to win. Unfortunately we lost but we have to look at the bigger picture.

“This is our third preparatory match and I would like to believe we are still work in progress and we hope that by the time we get to April we would have rectified some of the mistakes that we noticed,” said Mutasa.

The match however was marred by the pitch invasion at the end which was made worse by missiles thrown at each other by the rival supporters.

He was a genius, a terror for defenders