There must have been some dress code in line with a theme of some sort given out to people attending the National Arts and Merit Awards(NAMA) recently. 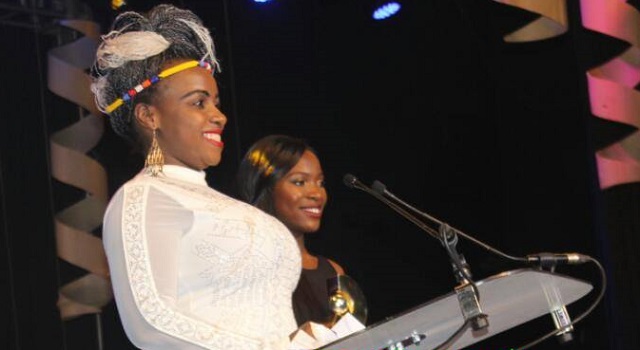 That theme could’ve prompted the ‘outside the box’ outfits I saw on the red carpet.

Probably we’ve put so much pressure on celebrities to slay that they end up trying too hard. But maybe we really have got nothing to do with this.

Some celebrities just have poor dress sense and even when they consult a stylist, they really don’t know where to draw the line.

While some brought their A-game to the red carpet, others completely blew it! I’m really glad renowned poet Albert Nyathi finally got the memo!

Last year, he wore a pair of denims and a checkered shirt; really underwhelming to say the least. But this time around, Mr Nyathi went all out! He went in and he slayed!

He even had a pocket-square and a label pin.

He was dressed to the nines in a grey suit paired with a white shirt, navy blue waistcoat, tie, pocket square and lapel pin.

I must hand it to him, he looked dapper than dapper!

He kept it clean and simple in a black suit paired with white Converse All Stars.

I thought that was sleek – pairing the suit with the chucks. It takes a certain kind of swag to be able to pull that off.

Rumbidzai Takawira, better known as NewsBae also brought her game to the show.

I loved how she kept it simple and chic in a black ball gown.

She had her hair done in a bun, beautifully showing her face and bringing a purely elegant look to her outfit.

It was apparently made by Bulawayo designer, Yvette Ndaba, but was a gun held to her head for her to wear it?

Yvette is extremely talented and has taken her work to ramps in New York but she missed the mark completely this time around.

There was no box – she went out of the box and destroyed the box completely with Nkwali’s dress.

It was a mix of too many colours and ultimately made Nkwali look like some tropical island of some sort.

The dress also had a hideous green flower at the waist which matched a green fascinator on her head.

The white and yellow dress with a red and black print overlap did nothing for Nkwali’s figure.

If anything, it drowned her to a point where the dress looked like it was hung on a coat hanger and her head just dangled over it.

Trying to be different cost her quite a bit if you ask me!

And then Sandra Ndebele rocked a white body-hugging jumpsuit. And the woman is endowed!

She’s got flesh in all the right places. And didn’t she just flaunt what her mama gave her!

I felt her outfit bordered on vulgar. She could’ve worn something more elegant and befitting for the event.

A dress is always the safest option. Unless you’re Nkwali, it’s really difficult to mess up a dress!

Being conscious of your body type and the message you want to put across about yourself is key if you’re going to smash the red carpet.

If you’re thinking classy, pick a dress with an Empire waist that will give you the perfect silhouette.

If your tummy still needs a few more sit-ups – try steer clear from body-hugging outfits and don’t be like comedian Samantha ‘Gonyeti’ Kureya.

She’s plus size and something loose fitting and flowing would’ve looked better on her.

Instead, she chose to wrap herself up in stretch material and torture us with all her cellulite.

I’m not model-slim myself but I know how far I can go with tight; not as far as Gonyeti took hers!

There’s nothing wrong with being plus size, it’s just really important to understand your body shape and how best to dress it. Let’s not shock each other!

Until next week, flaunt your pattern and style and don’t forget to catch up with me on Twitter handle. The Chronicle

Zuma: SA will allow expropriation of land without compensation