A traffic cop who is suspected to be part of a gang of armed robbers that raided West Service Station in Lupane on Monday night and was allegedly involved in a shootout with detectives in Bulawayo has been arrested. 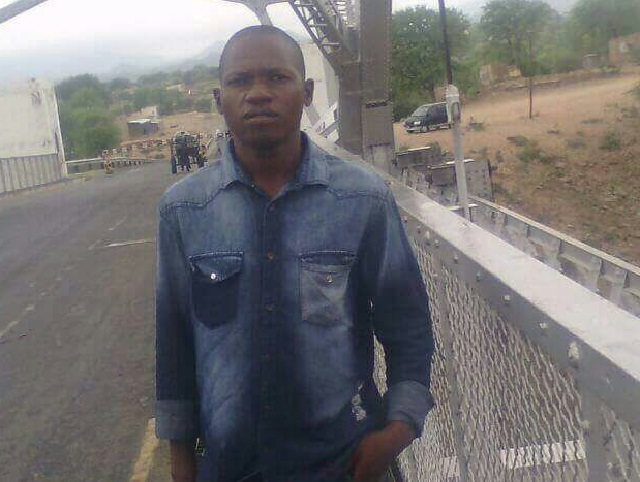 He allegedly claimed three armed men kidnapped him and his girlfriend in Gokwe on Sunday and drove around committing robberies.

“Zvapera walked into Nkulumane Police Station around 4PM and made a report that he had been kidnapped with his girlfriend (her name could not be established) by armed robbers who had asked for a lift in his Toyota Noah vehicle in Gokwe,” said a source.

Driving the black Toyota Noah, registration number AED 5411, the robbers allegedly sent police officers scurrying for cover as they hit drums and sped through a roadblock about 150km from Bulawayo.

The source said Zvapera told police that the armed men held them captive as they drove his car committing robberies.

“They robbed a service station in Lupane of $161 and sped off without paying for fuel worth $54.

“The gang proceeded to Bulawayo speeding through roadblocks,” said the source.

Zvapera allegedly said the three robbers released him and his girlfriend at around 3PM on Tuesday somewhere in Nkulumane suburb.

He said they went to Nkulumane Police Station to report the matter.

It could not be verified whether Zvapera is also wanted for robbery cases allegedly committed in Mashonaland West, Masvingo and Matabeleland South provinces by the same gang.

Zvapera has allegedly not been reporting for duty since last week.

Criminal Investigation Department (CID) Homicide Bulawayo detectives ambushed the robbers at Falls Garage, about 10 km from the city centre as they fled from Lupane but failed to apphrehend them on Monday.

“There was an exchange of gunfire with the detectives as the robbers sped into the city centre. A high speed chase ensued but the detectives lost track of the suspects in Burnside suburb,” said a source.

Meanwhile, Zvapera is said to be in custody at Bulawayo Central Police Station where he is assisting police with investigations.

National police spokesperson, Chief Superintendent Paul Nyathi could not be contacted for comment. The Chronicle

Malaba to act as Chief Justice