Zimbabwe: Dealing with environmental politics in a year of Cyclone Dineo and Mbare typhoid outbreaks. 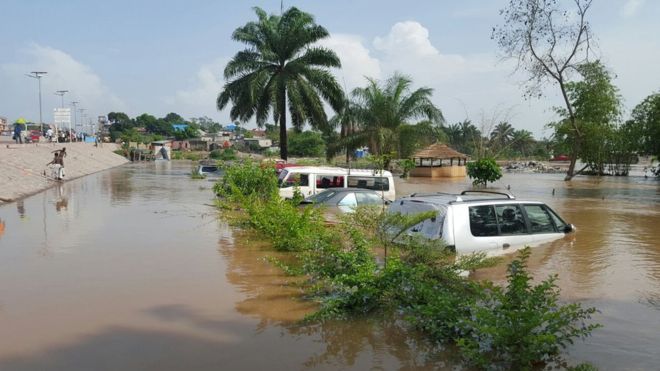 The year 2017 has opened up with disaster scares in the form of typhoid, flooding in the high density suburb of Mbare in Harare and cyclone alerts in the southern parts of the country. Two people reportedly lost their lives whilst over a thousand cases were brought to the hospitals in the January typhoid fiasco.

At a political level there were accusations ranging from the Harare City Council laying the blame on vendors whilst resident and vendor associations such as the Combined Harare Residents Association (CHRA) and the Vendors Initiative for Socio-Economic Transformation (VISET) blamed the city and government for non-provision of safe water to lack of consultations when a controversial mall was built on water courses just outside Mbare.

The residents rightfully remain convinced that the mall blocked water ways during the excessive rainfall that has affected Zimbabwe since the end of 2016. The water flooded and brought various pathogens and waste into people’s homes.

Before the news and shock of typhoid has ebbed,the Meteorological Services Department in the midst of February 2017 warned of an upcoming disaster in the form of Cyclone Dineo. The cyclone was expected to hit the southern parts of Zimbabwe and her neighbouring coastal states of Mozambique and South Africa.

Against this background, there is need to question whether the governments in the various states will prioritise environmental justice, that is, catering for the rights of marginalised groups in society in relation to their benefits or challenges from nature. In Zimbabwe, exactly three years ago, in February 2014, over 7000 people had to be evacuated and then rescued by well-wishers after government failed to provide adequate disaster management systems following the shoddy workmanship and breakdown of Tokwe-Mukosi Dam in Masvingo Province.

The government should engage itself in understanding the politics of geographical locations. Areas like Masvingo, Matabeleland South, Manicaland and Mbare which are the main areas of concern in this article, are characterised by unfavourable economic conditions as well as geographica lnightmares, and hence are prone to poverty, pollution, drought and marginalisation.

The government should deliver on its mandate of empowering departments and agencies that are critical to public health,emergency management and disaster prevention of both natural and man-made hazards, such as the health sector, National Civic Protection Committee and the Civil Protection Directorate. Furthermore, there must be prioritisation of the alignment of legislations such as the Civil Protection Act, Environmental Management Act, Rural District Councils Act amongst others, to the 2013 Constitution of Zimbabwe.

Human lives, disaster management and public health are of fundamental social concern. Any government or local authority worth its salt must provide its people with safe, clean water, ensure that there are conducive environments for access to basic nutrition and health services. Unfortunately for most impoverished and forgotten communities that has not been the case.

The government and ministry of health officials should pull up their socks in documenting, researching and mapping on the lifestyle choices, social and economic circumstances as well as weather patterns that affect the nation as a whole. They should have spent more time on these and less on petty fights, corruption and human rights violations.

The ordinary people themselves must be able to organise themselves and demand that their rights are protected and upheld by so called “duty bearers”. People are paying taxes and rates and these should be utilised more on disaster preparedness, public health and socio-economic issues and less on foreign trips, smear media campaigns, parties and rallies.

[Fadzai Midzi studies Geography and Environmental Studies at Midlands State University. Lenin Tinashe Chisaira is an activist and environmental legal and policy researcher based in Harare.]

The sights and sounds of Tsvangirai’s tour