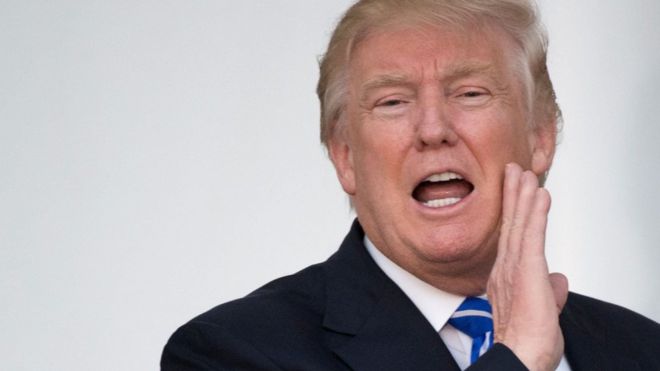 Nigeria and South Africa said the calls were made at the request of Trump, who until now has said little about Africa or African issues since assuming office last month.

The telephone conversations were at the request of the US president.

The US leader reportedly invited president Buhari to Washington “at a mutually convenient date” and “assured him of the US readiness to cut a new deal in helping Nigeria in terms of military weapons to combat terrorism.”

A statement from the Special Adviser to the President on Media and Publicity, Mr Femi Adesina stated that the “conversation was cordial and President Buhari congratulated Trump on his election as President of the United States, and on his cabinet.”

The statement added that the “two leaders discussed ways to improve co-operation in the fight against terrorism through provision of necessary equipment,” with Trump assuring the Nigerian leader of “US readiness to cut a new deal in helping Nigeria in terms of military weapons to combat terrorism.”

It further stated that Trump also commended Buhari for the strides Nigeria is making against Islamist radical group Boko Haram, and invited Buhari to come to Washington at a mutually convenient date.

President Buhari has not made any public appearances since going to London for medical treatment on January 19.

The South Africa presidency gave very little detail about the conversation, but said presidents Zuma and Trump affirmed their commitment to the relationship between the two countries and discussed multilateral issues in Africa.

“President Trump has got a transactional approach for this engagement and South Africa has a huge interest, particularly in Agoa, in whatever is going to happen in our relations with the US.”

Trump appears to have shown little interest in South Africa in the past, apart from tweeting that it was a mess and ready to explode. The Herald