During my time off social media, Zimbabwe had its fair share of drama, as always.  There was so many things I could have written about, but I was focusing on my family and making sure my 5th baby Charo was born in peace and serenity away from social media. I was encouraged that a few people wrote to me and told me they missed my blogs. Well, I’m glad to be writing again. 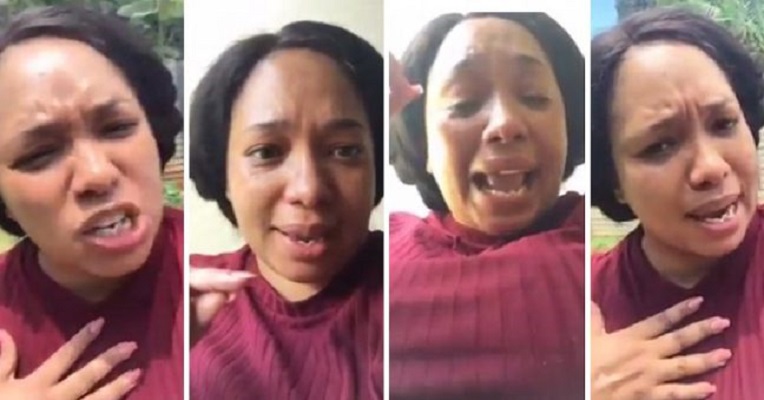 Zimbabwe’s Flag Pastor Evan Mawarire suddenly decided to up and leave America, leaving his new-born baby, wife and daughters to go back to Zimbabwe to “build his country” where he got arrested on his arrival. This was worth some sort of hype considering the noise that Mawarire made to the world about Zimbabwe. With the Zimbabwe’s political crises still soaring, today you would think that Evan Mawarire’s return to Zimbabwe is big trending news. But alas,  Mawarire has been completely overshadowed by a 33 year old UK based mother called Olinda Chideme. Her story has gripped the whole nation with some Zimbabweans even claiming that they are not bathing or sleeping as they are glued to the Olinda saga.

In case you were wondering, no she is not a social media activist like the rest of them. She is not a politician. She is not fighting Robert Mugabe or posting live videos of how evil the regime is. She is not a singer, actress or even a socialite. She is no Kim Kardashian either. She is a single mother who rose to fame after she married a financially struggling Zimbabwean rapper Desmond “Stunner” Chideme.

Today she has become a household name, every news media has Olinda Chideme as their breaking news so much that probably Evan Mawarire is under a lot of pressure thinking about how to become relevant and make the headlines again. It all started in January after she started posting live videos on Facebook crying and threatening suicide over her husband Stunner. The reason for her breakdown was that she had spent all her hard earned money on her broke husband who is a cheat. This video became a funny clip in a lot of African countries including Nigeria and Ghana where a TV host Yaa Delay shared the video and laughed at the country.

Olinda has since kept Zimbabwe at the edge of their seats since January 2017 to the point that the citizens have even forgotten that there is an election in 2018.

Olinda is displaying symptoms of mental illness. She is a woman who appears to be suffering from some form of depression/bipolar disorder or some personality/behavioural disorder. This is a woman who keeps breaking down hysterically live on Facebook. In her last video, she was crying in front of her children that she wants to go to Zimbabwe to collect her “underwear” that her husband was preventing her from collecting. Zimbabweans praise this behavior as “expressing herself”. Whatever marital problems she is experiencing, her mental health seems more at risk as a result.

She constantly threatens suicide live. Her behavior online is erratic, unpredictable and her moods fluctuate. She is unstable. She threatens to post revenge porn live. She has threatened to burn clothing and property live. Her child complained of being hungry whilst she was live on Facebook and she ignored the child and continued to speak into the live feed. Her live audience expressed their concern for her child asking her to take a break from Facebook and attend to her child’s needs. She told her live audience that her other son, presumably the teenage one, was feeding the hungry child instead so she did not need to stop her live broadcast.

What is shocking is that Zimbabwe considers this disturbing behaviour a “normal expression” and an appropriate use of social media. Major Zimbabwe news sites have dropped everything to focus on this utter madness. No one is encouraging Olinda to seek the urgent professional help that she needs, she is clearly unstable and not well, and if she had a family or people who cared about her, they would get her the help she desperately needs.

I find it extremely disturbing, that Zimbabwe, which is one of the poorest countries in the world with so many problems, has Olinda Chideme as their priority and national crises at the moment.

The irony of it is that Zimbabweans claim to have the best-educated people among other Africans yet they can not even discern that this woman they are encouraging to “express herself” on Facebook is actually in need of professional help. What has the education of Zimbabwe even benefited the country?

One major telecommunication service, one major TV station, poor health system, poor roads with potholes the size of paddling pools, even the national football team is a disaster, but these doesn’t call for country’s discussion but rather all energies are invested into a woman who is having a nervous breakdown.  Does this even make sense?

Mark Zuckerberg himself did not create Facebook for “nervous breakdowns” and he has proved it by finally removing the Facebook live feature from Olinda Chideme’s account. There is nothing therapeutic about breaking down on social media. If all her live videos where happening in the UK, Olinda would have been assessed by the mental health sector and social services would have been involved. There is no doubt about it. In her last video which she shot in the UK, a few people expressed their concerns for her children and it appears they are taking steps to report the children to social services.

I tried my best to reach out to Olinda Chideme and wrote to her last month, unfortunately I had to take the open letter down within a week after I realized I had wasted my time and energy trying to help a woman who needed help from psychiatrists or counsellors not social media advice. There comes a time where people have to accept that professional medical intervention is the only way to help a person.

Zimbabweans, may I remind you that just a few weeks ago Zimbabwe witnessed gospel singer Richard Nhika commit suicide live on video. Was he also “expressing himself”? This man needed help, professional help but he never got it. Now Zimbabwe is enjoying and encouraging a very unstable woman to “express herself” on Facebook live where she threatens suicide, arson, revenge porn, neglects children etc and no one raises an eyebrow but rather makes it a sensational trending story. Am I the only one who is scratching my head to this madness? If Zimbabwe was a welfare state, authorities would have intervened. The lack of knowledge and awareness on mental health among “educated” Zimbabweans is shocking.

No wonder why Robert Mugabe is not going anywhere anytime soon. No wonder there is no competent person to take over and be the next President.  I wish the whole world would know how Zimbabwe is dealing with Olinda Chideme’s nervous breakdown, how she has become the country’s “crises” and entertainment of 2017.

Maybe being a laughing stock to the world is what it will take for Zimbabweans to do something about their country. If the country has any ounce of shame, integrity or dignity at all, they would stop entertaining a woman who is painfully unwell and get her the help she needs.

As for Olinda Chideme, may I recommend a Psychologist and Coach Emese Taylor who is based in London and deals with anxiety and depression disorders that affect people’s dating skills and love life, including problems with personal confidence. She does Cognitive Behavioral Therapy, psychodynamic therapy, solution focused therapy and neurolinguistic programming. She has a doctorate in counselling and psychology. She has recently opened the London Love School designed to help women like Olinda. Oh and she’s my husband’s client, he’s the one who designed her logo for London Love School.

You can follow Jean on her blog Just Jean