#Tajamuka leader Promise Mkwananzi’s attorney has slammed the Sheriff of the High Court for bungling the case in which the Constitutional Court (Con-Court) dismissed the activist’s challenge that President Robert Mugabe was violating the Constitution by violently quashing protests. 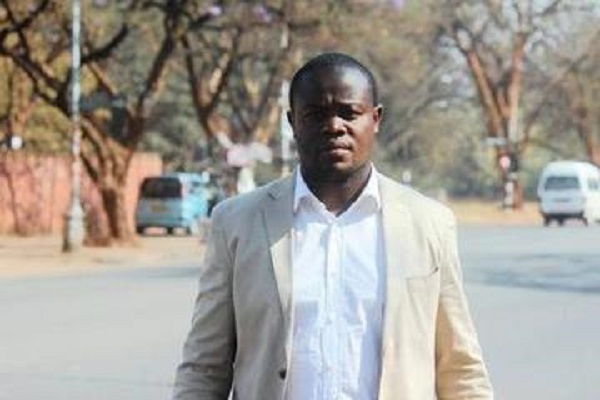 The Con-Court bench — led by Deputy Chief Justice Luke Malaba — threw out the case last Wednesday after ruling that Mkwananzi had flouted proper procedure by lodging his application to the wrong address.

Instead of delivering his court papers at Mugabe’s offices at Munhumutapa Building — the citadel of government power — Mkwananzi served the papers at the New Government Complex.

But yesterday, Mkwananzi’s lawyer, Kudzayi Kadzere — who consented to the decision — told the Daily News yesterday that the sheriff, Mcdoff Madhega, had submitted fake returns of service and false service to the courts.-*

The sheriff, his deputy or assistant deputy, execute all sentences, decrees, judgments, writs, summonses, rules, orders, warrants, commands and other process of the courts, and is obliged to make a return to the court, together with the manner of the execution.

“He was supposed to serve the president at his Munhumutapa office in terms of Rule 9 of the Constitutional Court rules but instead of doing so, filed a return of service showing that service was effected at New Government Complex.

“The sheriff is an officer of court and ought to take his duties seriously!” Kadzere fumed.

“For him to bungle such an important case, which has never been heard before in our jurisdiction, is unfortunate,” he said.

“Even more disturbing is that our client paid the requisite fees for the sheriff’s services considering the risk involved in us having to serve the application ourselves on the president.”

Efforts to reach Madhega at the High Court yesterday were futile.

But Attorney-General Prince Machaya, who was the government lawyer during the court hearing, in asking the Con-Court to dismiss the case, cited the bungled return of service and also noted the application to the president was supposed to be served within two days after filing it in the Con-Court, which Kadzere said the sheriff again failed to do.

“He was also supposed to have served the application within two days of it having been filed as per Rule 27 but he fumbled around for seven straight days.

“For these reasons, the otherwise meritable application was dismissed,” the 2015 northern region human rights lawyer of the year, said.

Central to the case was Mkwananzi’s accusation that Mugabe was overstepping his authority, and that the police force and army had gone under the president’s partisan control, which he argued was ultra vires the Constitution.

He cited Mugabe’s remarks at a war veterans meeting that followed one of #Tajamuka/Sesijikile’s protests last year, where the veteran leader said his ruling Zanu PF disciplined renegades during the 70s liberation war against white minority rule by burying them “underground like rats, in bunkers” — threatening to unleash the same treatment on the protest group leaders.

Kadzere has said they are going to re-apply within 30 days in terms of the Constitution, adding that “we are not giving up”. Daily News

‘Teachers to strike on Monday’