The wife and stepson of a Ku Klux Klan leader found shot dead in Missouri have been charged with murder. 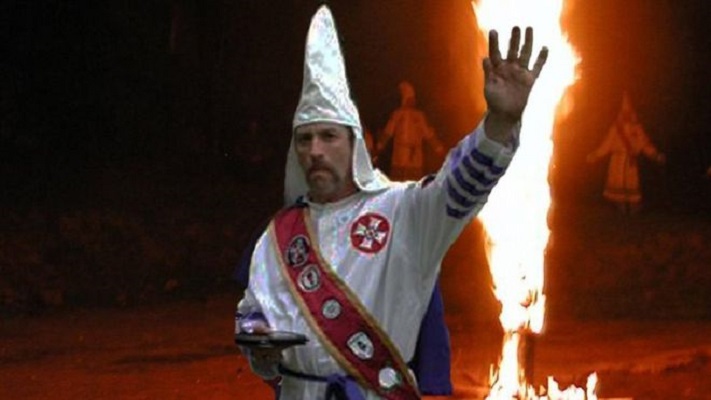 The body of Frank Ancona, who called himself an “imperial wizard”, was found next to a river on Saturday.

His wife Malissa Ancona, who appealed for his return on Facebook, and stepson Paul Jinkerson Jr were charged with the murder on Monday.

They are also facing charges of tampering with physical evidence and abandonment of a corpse.

Police allege Mr Ancona, 51, was shot in his sleep on Thursday at home in Leadwood, Missouri, about 70 miles south of St. Louis.

It is thought his body was then driven about 20 miles and dumped near Belgrade. Mr Ancona was found by a family out fishing on Saturday.

Officers have found evidence of a burn pile near Mr Ancona’s vehicle, which was found 30 miles from his body.

Mr Ancona was initially reported missing by his employer, after he failed to turn up for work.

Before his body was found, Mrs Ancona, 44, told officers he was out of the state on a delivery job, and that she planned to file for divorce on his return.

Mr Ancona was a member of the Traditionalist American Knights of the Ku Klux Klan, which describes itself as a “White Patriotic Christian organization that bases its roots back to the Ku Klux Klan of the early 20th century”.

“Our mission is to preserve our White culture and heritage but also be relevant to the happenings going on in our Republic today,” a statement signed by Mr Ancona and published on its website states.

Mr Jinkerson’s attorney, Eric Barnhart, said he didn’t believe his client was involved in the killing.

Both have been remanded without bail. BBC News