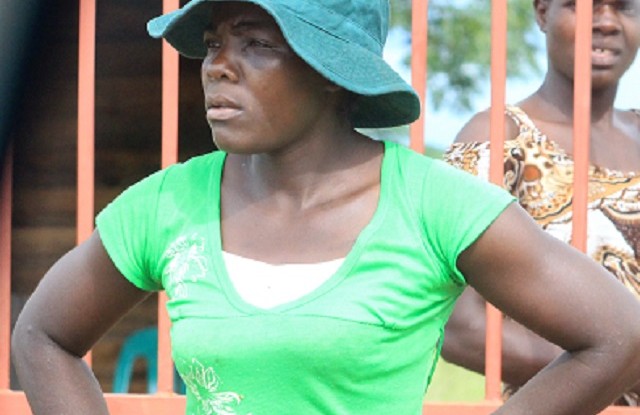 Forget passwords and patterns, a Bulawayo woman sleeps with her cellphone well placed in her panties to keep her ‘private’ messages and calls from her nosy husband.

Elizabeth Musoni resorted to sleeping with her mobile phone in panties because she was tired of her husband, Richard Muvirimi, demanding explanations about every message and call received.

“I don’t have peace anymore and I can’t even sleep peacefully because he wakes me up whether it’s at dawn or midnight asking about the messages and calls I receive. I felt it was best to put the phone in my panties because that way he won’t be bothered by my calls and messages,” said Musoni.

Muvirimi said he started getting suspicious of his wife when a man she claimed to be her uncle spent the night at their home and started sending his wife love messages.

Man assaulted for being online same time as…

“The reason why I wanted explanations is because the man she brought to our home and introduced as an uncle has been sending her love messages and calling non-stop. He even spent a night at our house but her relatives do not know him,” said Muvirimi.

He said ever since his wife introduced the ‘uncle’ she had been receiving messages and calls from him all the time.

“I discovered that she is cheating when her phone slipped out of her panties at night. I went through her messages and when I woke her up to ask about the messages we started fighting,” said Muvirimi.

According to Musoni, Muvirimi does not want to accept that she does not love him anymore and is forcing her to stay with him.

“I feel like he is standing in my way and I believe I can get a better man than him. I just want him out of my life and he just doesn’t understand that,” she said.

Musoni applied for a protection order against Muvirimi stating that she did not want to stay with him anymore or to see him anywhere near her house.

“Your worship, he only comes home to sleep and does not buy groceries and clothes for the kids. I want a new man and I feel like he’s standing in my way. He doesn’t want to leave and he is violent. I want him gone,” she said.

Bulawayo magistrate Sheunesu Matova granted the protection order and told Muvirimi to move on with his life to avoid conflict.

“I advise you two to just separate peacefully and move on with your lives because your relationship is no longer healthy,” said Matova. B-Metro